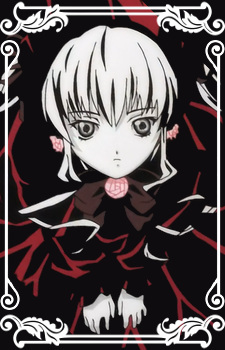 Ryuk9428 Apr 5, 3:00 PM
I feel like we're on the same page a lot of the time during discussions in the forum. Also, your signature is my favorite one on MAL. I find it distracts me quite often while I am reading through the comments 😂

Hikki_a1 Apr 3, 3:50 PM
Yeah, our affinity is really high :) Clannd After Story is one of the best romance anime out there and so sad ;-;

Also, I really like your profile pic! Puck is awesome :)

Also you have nice taste in anime!

BiDiGiN Apr 2, 1:47 PM
Hey! Just wanted to drop you those 2 clubs which have "enlightenment lists" of "elitists" anime. They are supposedly niche, but I'm sure you'll find an elitist anime more suited for your taste in at least one of them:

Really they might seem scary because of their elite status, but it doesn't mean they are "2complex4U" or some shit like that, which a lot of people seem to think.

Katagari Mar 29, 9:32 PM
Thanks for the rec, husband and I started on Re:Zero and we are burning through it. Was a lot funnier than I expected =)

Edlaw Mar 20, 3:11 PM
sup lil' bottom bitchboy i made something i thought would look good in your profile
resize however u want

uninventive Mar 16, 9:08 AM
damn
imma resist the urge to fight u on her appearance
but yea, she got a great personality, also she's tall af

uninventive Mar 16, 9:00 AM
calling kanamori ugly?
my boy you really got no taste huh

Crawlie Feb 26, 12:05 PM
Of course there are. It's probably the best Game OST of its generation.
All Comments