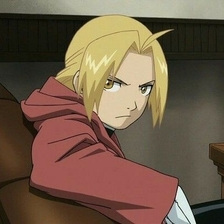 Hikki_Senpai Today, 7:06 AM
Thanks for giving me a push for Mob Psycho 100 i really enjoyed both seasons😍
Although i liked season-1 more than season-2😅

decayedangels Sep 23, 11:38 PM
Late reply but no problem~ anyone who loves FMA:B will always be welcome here~ :D

kyriane Sep 23, 10:03 PM
345EdwardElric said:
@kyriane Why don't you rate anime though :(
I used to but I kind of find it hard to rate them. I feel like I’m not rating them properly. It’s been years since I’ve seen some of them too. My thoughts on them have probably changed since I first watched them.

Promethazine Sep 19, 1:56 AM
how many times u gotta tell me u dont like serial experiments lain mane

yukaryotee Sep 17, 10:01 PM
ooh that makes much more sense! i was wondering how u knew that abt me lol xD *is 345edwardelric reading my mind?? gasp*

Hokuto_no_Lied Sep 17, 9:50 AM
I’ll admit, the parts where people got eaten did get to me, since it’s always disturbing to see people get eaten. And while I could go on a tirade on why it’s “inferior to this and that”, I’d rather be a little more polite (for lack of better words) about it. The story simply couldn’t keep me intrigued, and while I do understand Eren’s motivations, as well as him being young, angry, and witnessing horrible shit, he just comes off as annoying than sympathetic. While I did think the animation (except for some grainy shots here and there, but the polished ones outweigh the grainy ones) and action scenes were pretty good, the story, like I said, doesn’t intrigue me.

And about Demon Slayer, I by no means am saying it’s perfect, it has flaws, just like any other anime out here (as well as the ones i like. Yes, even Berserk), but the story was fun (especially episode 19. I hope you saw my last post about that), and the characters did have more depth than AoT’s. I’m sure AoT improves later on, but I’m afraid I have no plans to continue.
(I might revisit it, however)

And since we’re talking about something animated by WIT, I think it’s about time I checked out Vinland Saga. (And resumed Naruto)

Hope that clears it up.

Hokuto_no_Lied Sep 16, 8:31 PM
It just tries too hard to be deep. Like, there’s nothing I really like about it. The characters are either annoying, stale, or just straight up uninteresting. And the Titans, well, I don’t have much to say. The story itself feels like a deconstructed version of Berserk, and I know it’s kinda dumb to bring up Berserk, cause it’s not for everyone, due to its mature content, but still, that’s all it felt like. I honestly don’t have much to say after all of that.

My problem with it is that it tries so hard to be deep, it was unbearable. I found it so boring in fact, that I zoned out most of the time, especially during important parts. I dunno, maybe I’m one of those people who just doesn’t care for it.

Is it a bad thing if I say Demon Slayer’s better?

flameshame Sep 16, 10:38 AM
Yeah I understand, that's a matter of personal preferences! However don't be too hard on the poor Ringo :(
All Comments