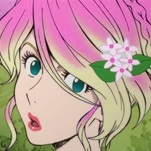 zamandzoe Jul 7, 2018 6:51 PM
I read your Fireworks review, and good job on writing it. While I don't exactly agree with your opinion, I can understand at least some of your views. With that being said, I'd like to make a few notes:

* I don't think this movie was ever marketed as "The next Your Name." At least, by GKIDS (the US distributors). While they did say that it had the same producer as Your Name, they never outright said that it was something comparable to that. In all honesty, Producers don't make many key decisions for whatever they're funding (they find something that would make money, and get people to make it). However, it was a pretty sneaky marketing move by GKIDS, so I can get why some people would expect this to live up to those expectations. In short, it's like saying any post 2001 Miyazaki movie will be the "next Spirited Away". Even if they involve the same people, it should guarantee a similar result.

* I can kind of get what you meant by the under-developed characters. However, I don't think the movie suffers from that. I believe that Your Name suffered even worse, and that it WAS a problem in that case. Unlike in this movie, you couldn't even describe the main character's personalities because... They didn't have any in Your Name. In that movie, the closest thing they had to a personality were... Teenage hormones? Literally every amount of characterization in that case stemmed from them being awkward teenagers.
While weird, teenager feelings are undoubtedly present here, these characters at least have the slightest amount of characteristics that make them human enough for me. My prime examples are Nazuna and Yusuke (the female lead and antagonist).
As for Nazuna, she is at least aware that she won't succeed in her plan, but only after they've escaped onto the train. This shows that she's naive to a fault. In addition, the sly looks she gives Norimichi give her a playful tone, if anything.
But the best example is Yusuke. In short, he's every bit a brat that a teenager should be. He is literally a horrible person that had no reason to be cocky in the beginning.
To sum up my point, I think this movie benefits from the minimal development of it's characters. It makes them teenagers, who don't quite have fleshed out personalities themselves and act on the spur of the moment. I think that we, the audience, are meant to be spectators in this story. Apart from the opening scene, we never hear any internal monologue, which is a trope that can plague a variety of anime. As a result, we never really get a character giving some dramatic monologue that they wouldn't actually say to another person.

* Yeah, the CG and Traditional animation didn't always mix well. The backgrounds, mainly the fireworks, are undoubtedly beautiful. But putting 2D Characters in front of it doesn't produce a perfect result. I could tolerate those parts, but when they used 3D Models for characters, it was bad. I could get over the bicycle scenes, but what really bothered me was the train scene where you saw 3D Models moving inside a 3D train. By no means do I think the animation was horrible, but it could have been better. Luckily, if people don't care about CG to begin with, they probably won't be bothered.

* The BGM and OST overall was really good in my opinion. I loved the songs, even if the train song was not entirely needed. The background music was decent as well. I was fine with the voice acting, but the main lead's voice could have been better I suppose. Though, the voice for Yusuke was actually really good.
Note: This may not be true in all cases, but voice acting may not always be done with multiple actors speaking with each other in person. They may just have people come in and out recording lines (albeit, providing the actors with the lines that have been done already). This doesn't apply to just anime, it's also the case for games. Granted, since it's not always the case, I can comment on this movie specifically.

Overall, yeah it wasn't perfect. I liked it a lot, but I can get where people don't like it at all. It comes down to how much you can tolerate certain tropes and imperfections. I do think that the story it was trying to tell is very compelling, but could definitely be better. Hopefully, somewhere down the line, another movie by some other director can take a similar story and come closer to perfecting it.

I didn't like Your Name that much, (I would make a forum post/blog about why, and compare it to this movie, but MAL doesn't seem to like that idea at the moment) and I liked this movie somewhat more. I can respect your opinion though. Granted, I may be a bit biased since I won a contest by GKIDS and got free tickets, but it is what it is.

Also, props for taking your middle school son to see it. Though, if he hasn't already, show him some more "quality" shows or movies. I'd suggest 'In This Corner of the World' (assuming you haven't watched it, I can't see your list because of MAL). It's a World War II drama and is a masterpiece. It's on Netflix, so look into it if you want.

Unrelated, but it's nice to see someone who likes Lupin III. I too think it's amazing and I'm doing my best to get through all the specials and such. Are you watching the recent Part V (again, no list)? It's easily one the best iterations of Lupin I've seen.

I appreciated your Mahoutsukai no Yome review and wanted to briefly respond. First of all, many of the show's negative reviews (and there are a lot) point out real problems that you didn't mention, such as forgettable side characters, some poorly paced episodes, lack of overarching plot, a deviation from the atmosphere that made the OVAs so great, and more. These are valid complaints, and taking them into account, I think Mahoutsukai lies somewhere between a strong 7 and an 8.

What I liked, though, was your appreciation for the show's saving grace (other than sound/visuals), which is the way that Chise (and by extension, her relationship with Elyias) develops and blossoms over the course of the story. We see her go from an empty, timid, and passive girl, held down by a lack of self and abandonment issues, to one with a shaky, but grounded sense of independence and self-worth, willing to defy her partner when he violates her values. You can track this slow development, and notice how it's linked to pretty much every arc and conversation that Chise has with her mentors. This is proof to me that Mahoutsukai is worth more than many are giving it credit for, even though it cannot rightly be called a masterpiece.

The "strange situation" hypothesis was also an interesting read, and I think it does shed some extra light on how some of the aforementioned development was orchestrated.

Anyway, I sometimes get an irrational sense of guilt when I like something that everyone else is completely shitting on, so thanks for the validation.

IsItAragnor Dec 6, 2016 5:07 PM
Oh gad that's some huge torrent indeed, seems to get no seeders for it so I guess I won't get myself into this one llol
Sadly enough videos on crunchy are unavailable in my country, and Hulu looks just weird
Guess i'm going for the 3-4 movies I can find on a streaming site.
Thanks a lot for your answer though

IsItAragnor Dec 6, 2016 2:58 PM
Hi there, saw you a lot onto the Lupin III movies reviews and thing, and I was wondering where did you found all these movies to see? For I recently got into Lupin like crazy and wish to look up all them movies !
Have a nice day

Kurt_Irving Mar 16, 2016 4:01 PM
Hello there! you seem to have great taste in anime and have you heard Warren Weibe's song called Human Touch?

RogerSmith2004 Nov 29, 2015 5:20 PM
I just noticed your comparison of Concrete Revolutio to Kikaider, and I am glad I'm not the only one who noticed the similarities between the two. Especially what with how both protagonists share the same name.

Inspector-Spinda Aug 17, 2015 8:10 PM
If you are still wondering about Zenigata's name (you probably aren't but whatever) it was mentioned in several anime episodes starting in red. In green they just referred to him as the 6th descendant of Heiji. I'm pretty sure it is never said in the manga except for that one time you mentioned. I'm not sure exactly which red episode it says, but if you can find a picture of Zenigata's badge or ID you'll see his name in Japanese.

Allografter Jul 12, 2014 1:47 AM
Good Lupin III vs DC review and nice association between Nagi and Glasslip - both indeed beautiful settings.

ChangeItSelf Oct 30, 2013 6:36 PM
K-on is fine. It acknowledges itself as a slice of life. Just because I give it a low score in my personal list does not mean I would write a review giving a negative score because I would be clearly biased. Kyous gigia acknowledges itself as fun and vibrant so far similar to that of gurren lagann. Death Note and Code Geass can get negative scores because they try to tell a serious story but have obvious flaws. Even penguindrum (which I loved) can get unbiased negative reviews because it also tries to tell a serious story

I might just be jumping the gun on your opinion, because most idiotic mal users who might read your review think 6 and 7s equal worst anime ever. The show already has no popularity to begin with. Also, you shouldn't give the 2013 version a review just at one episode.

Why try to analyze it when it clearly isn't meant to be analyzed? I thought you gave it a low score, because you considered the story to be nonexistent or random.

I mentioned K-on, because it was in your favorites and it has similar nonexistent story which is what I assumed you gave kyous gigia a low score for.

ChangeItSelf Oct 29, 2013 9:47 PM
tbh, kyousougigia has more plot than K-on. Not that it's a bad thing for k-on fans, but if you are going to complain about something not having a good story....