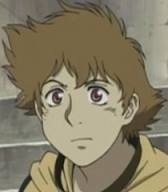 coffeestinks 2 hours ago
Your videos are epic dude

Mathia203040 Jul 29, 5:59 PM
hey what do you think of the animation of brotherhood ?
in my opinion it was fantastic and one of bones best works.

AbsurdTurk Jul 25, 11:33 AM
How are you? I saw your Youtube channel, and was surprised that you haven't uploaded in 11 months. Is it okay if I ask why?

cateypillar Jul 12, 7:50 AM
yea, it definitely wasn’t. and that’s genuinely fascinating, i guess it’s famous enough culturally to the point in which Japan can retell it with different theming which is pretty intriguing. i’ll have to check them out, so thanks for letting me know!

cateypillar Jul 11, 7:02 PM
thank you for reading! i definitely agree with most of the points you brought up, and i think there were some good intentions conceptually — but i just found the execution to be absolutely horrid. the themes of nationalism were very much present throughout the entire show, from characters speaking Engrish, to countless xenophobes, to an entire cult trying to preserve a Japanese legacy — but the way it was delivered felt so shoehorned in with any lack of finesse whatsoever. the last point you bring up is particularly interesting though, since as the world becomes more integrated and more people learn more about Japanese culture, westerners are lead to infiltrate a bunch of Pacific islands that have been generally secluded since the end of wwii. this then leads to cultural diversity, and boomer xenophobia becoming ever so present as a result, and due to this show being planned to release around the Olympics, it’s clear what the team behind it wanted to say in terms of their modernization of the story. but the fact that this is all delivered to the audience through weird-ass cult shenanigans and a cringeworthy “rap” scene leads me to not give a damn about any of it lmao.

that’s really interesting, it seems as though the original story was used more as a boilerplate to create this 2020 version as opposed to it being used to create a faithful adaptation. i’d for sure like to learn about the original sources from over the past few decades. thanks!

Royal-Guard-Reli Jul 11, 5:54 AM
You may or may not have gotten this message before... but is your username a reference to American Dad?! xD
I also see a Wolf's Rain fan. Based my friend. :3

Effete Jul 9, 5:57 AM
No problem. I always see you leaving good comments on YT and stuff.

Mathia203040 Jul 1, 7:53 PM
well minawa was a funny character.
but i really recomendo yo to watch ah my goddess because its very similar but in my opinion better and at least watch the ovas that were realized in the nineties. ( the english dub is amazing ).
btw: ¿ are you excited for the last movie of eureka seven ?
i really don't care if they fucked it up but atleast i want eureka and renton KISSING,GODDAMNIT!!!!! .

Mathia203040 Jul 1, 7:36 PM
man i though that best part of mahoromatic was the first season.
the second starts weak then it became more strong and the final was.....quite memorable both in a good way and a bad way.