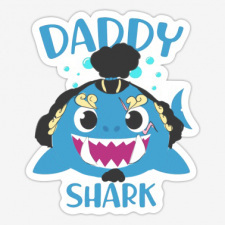 anonymouse_234 Aug 8, 9:25 AM
The creature in profile pic is giving me nightmares!!! hear me out, today while i was sleeping i saw this dream of going on a date with shemale mermaid san and the moment i saw this i woke up and screamed EEEWWWWWWWWW!!!! i know im wierd but it's your fault!!!

anonymouse_234 Aug 8, 1:36 AM
now why did you curse guts!! he doesn't even have a navigator and you cursed him with zoro's sense of direction lol!

anonymouse_234 Aug 8, 1:29 AM
Lmao!! i see you're also a photoshop legend . now griffith gotta be carefull because the three sword style user zots or guro or guts + zoro is gonna kick his ass!! U1Q98m-Sei Dec 17, 2020 5:23 PM
Yooooo~ Thank you for the friend request~
I see you've also replied that one discussion of the new TB hhhhH and now I see your favorites : Oh dear you are sure a man of culture Huehuehuehue Always glad to meet another CLAMP & Arina sensei's fan~

You never know, my favorite was... (yes was...) Tsubasa and I've always thought there won't be any which would hurt me more than Tsubasa. But I got my face slapped right after reading CLAMP's other works XD (uhem - xxxHolic uhem uhem- X uhem uhem uhem Tokyo Babylon *uhem to death*) and when I watched/read X... though I hate Fuuma (later half)'s personality...or you know what: I actually love him...I love him and hate him at the same time which made him my favorite character XDD (love the way it hurts huh - I'm so done with myself) Who's your fav (beside kamui ofc since I've already saw him on your fav list XD) and what do you think about the Kamui and Fuuma 's bond with each other?(no...not going to call it relationship...)

and my lord! SHINSHI DOUMEI AND UTENA!! two of the art pieces ;w; I'm still shocked by the complicated storyline in both anime/mangas... Maora and Maguri are my love ;w; their friendship/relationship is just so beautiful ;w;. (just like other Arina sensei's work hhh - like Kamikaze Kaitou Jeanne~ Have you read that one?)

Again nice to meet you ~ How should I call you? Amber? Am? Amb? hhhhh

aikaflip Feb 5, 2018 5:48 AM
Hey! I've been doing okay. Just busy trying to expand my skill set. My previous line of work isn't as profitable as it used to be. >_< Are you still doing illustration?

If the spoiler is about the story, I should wait until the show is done airing. I literally know nothing about what may or may not happen, and I've really enjoyed being surprised. What I do hope doesn't happen is that Kondou ends up in a serious relationship with Tachibana. Firstly, I don't see how that could be believably pulled off without making Kondou look irresponsible. Secondly, it would make me cringe into a black hole. In a perfect anime world, Tachibana would end up with Kyan, the dark-skinned track runner, but that'll never happen...

aikaflip Feb 3, 2018 5:35 PM
Amberleh! It's been awhile. I hope you've been well. I noticed that you're watching Koi wa Ameagari no You ni. What do you think about it so far? Aside from the occasional male gaze, the anime seems to be handling the story with decorum.

Mol0ko Dec 19, 2017 5:48 PM
Thank you so much for making the feminist club. I want to post on MAL, but usually feel so isolated; for obvious reasons. It was such a nice surprise to see such a group on this site.