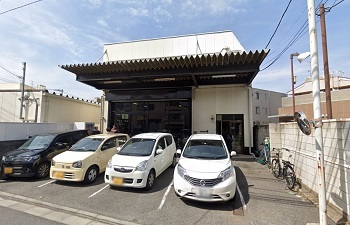 Common Sense Co., Ltd. (Common Sense), previously known as Arms Co., Ltd. (Arms Corporation), has been declared bankrupt, according to a report by the credit and marketing information firm Tokyo Shoko Research on Tuesday. The company received a special liquidation order from the Tokyo District Court on July 22. Debt accumulated by the company is currently under investigation.

Arms was spun off of Studio Kikan (later Pierrot Plus, now Studio Signpost) as an affiliate in November 1996 with Osamu Shimizu (Tegamibachi animation producer) as its representative. The company was originally established to produce adult animation and handle Studio Pierrot's subcontract productions. Initially working on titles with adult animation labels Pink Pineapple and Green Bunny, the studio used aliases such as Dandelion, Triple X, and Garyuu Studio.

With the poor sales of adult titles and a growing market for television works, Arms produced its first television anime Mezzo DSA in 2004. Featuring character designs and original concept by animator Rinshin (Queen's Blade), the studio released the adult anime Hininden: Gauss in 2005. However, sales no longer grew as they did for original works, which resulted in the abandonment of the title's second installment. Arms ceased to produce adult animation since.

All the best going forward to their friends, family and staff. Sad to see them go as they were the first studio to give me a does of the ecchi genre.

The studio has closed because of people who still use Japanese production illegally. May a curse be upon them.

I heard that their company got bankrupt. It's a very tricky subject. I don't know why guys did not solve this problem. From what I've read it seemed to be a reasonable amount of money for them. I think there is something in the middle... I also had a delivery company, and I had some problems with my loans. I contacted the company that solved my financial problems https://www.bankruptcyattorneys.org. There work only professionals. I think that they could help everyone. They provided me the right decisions that I have to make. In this way, they saved me from bankruptcy.

Rip Arms. Had a few decent shows, and underwatched Barristers one of the few watchable shows in the lawyer/crime fighting genre.
Still want a Maoyuu s2 tho...

Ikkitousen is cool aswell and I didn’t like Elden Lied (drooped) but it’s iconic so...

These people hardly participated in a good work. Change can be a good thing.

Rest in Peace, Arms, you were one of my favorites. And thank you for Elfen Lied.

Damn, how unfortunate. Literally was about to binge all of Queen's Blade and Ikkitousen.

Not liked I cared anyway... Yeah I feel bad for the employees but the anime (at least the ones I watched) made by them were bottom of the barrel ecchi. And not the good kind.

Rip, may employees/animators gets absorbed by another studios or just find another job...

also what with this thread, some are "celebrating" while others lost their job, idk why people hated ecchi so much...

I'm not happy about people losing their jobs, i do wish them all the best and i don't hold any grudge or hate against them! I mean, one of them even produced the animation for one of my all time favorite anime ever!(Tegamibachi)

Also, they can always find work at another anime studio.(which they actually won't have to since they are part of Studio Pierrot and will probably go to work there afterwards, so they didn't actually lose their jobs in the first place.)

I did not enjoy most of their shows that I watched, but they were one of the best when it came to animating fanservice. Also I have to mention that the artstyle in Hyakka Ryouran is just gorgeous, without a doubt their best work imo.

Also, LOL, the irony in metaphorically jerking yourself off to the thought of an anime company that make hentai/ecchi closing down just because it produced jerk off material.

very sad to know that the creator of anime Brynhilder in Darness and Elfen lied ( My very first 2 animes) which led me into anime world had to face such a crisis.

Big F. Arms made a lot of classic ecchi shows, many of which I enjoyed. I was an especially huge fan of Samurai Girls. It had a phenomenal visual style.

I always hate to see studios go, for one because these studios gave us so many memories and entertained us. The other reason is that animators, directors, writers, etc. are out of work. I wish them all the best, especially during these hard times.