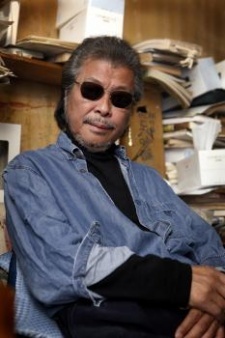 It was announced on Monday that manga author and illustrator George Akiyama, known for his works such as Asura and Haguregumo, died on May 12. According to Shogakukan, he was continuing his work as a manga artist and had planned his next work before his death. Akiyama's cause of death was not disclosed, and his farewell ceremony was done by his relatives. He was 77 years old.

Born in Tokyo on April 27, 1943, Akiyama grew up in Ashikaga, Tochigi Prefecture, only to return to Tokyo after quitting high school to pursue his dream of becoming a manga artist. He worked as an assistant for a year and a half under Kenji Morita before publishing his debut manga Gaikotsu-kun under Kodansha's monthly Bessatsu Shounen Magazine.

In 1970, Akiyama began the weekly serialization of the controversial dark manga Asura that sparked public attention. The first chapter published in Weekly Shounen Magazine was banned in several regions in Japan due to the unsettling events such as cannibalism from starvation. Nevertheless, during the turmoil, Akiyama continued with Kokuhaku where the main character makes a weekly confession, one which included confessing himself as a murderer—only to be countered as a lie the following week.

His longest-running work, Haguregumo, spanned for 112 volumes from 1973 to 2017. The award-winning historical manga spawned an anime movie in 1982 by Madhouse and Toei Animation.

Rest in peace Sir..thanks for your contributions to elevate this community..

I'm not familiar with him, but rest in peace.

Thank you for your contribution.

Rest in Peace George Akiyama may you rest easy.

I’m much pleased with your good work. you have good knowledge for article writing and this article is amazing. I am waiting for your next article…. Thank you so much
Friv 2020

Rinrinka said:
I thought he was Hajime no Ippo author, I was wrong....god I almost got heart attack because their names are similar^^;

I thought it was Dragon Ball's mangaka because of their last name.

Man looks like a cool boss from a delincuent manga.

The Haguregumo movie was definitely worth checking out, unfortunately I wasn't able to find a site where I could read the manga chapters.

It's truly a sad news. Rest in peace.

Sad news for one of the big names of the industry

I will just point out how strange this works in Japan, even to me who is researching their society actively - the man passed away on 12th may, and only 18 days later the fact was revealed. After the parting ceremony as well. Even going as far as not disclosing the cause, in attempt to preserve the image of dignity of the individual, I assume.

I thought he was Hajime no Ippo author, I was wrong....god I almost got heart attack because their names are similar^^;