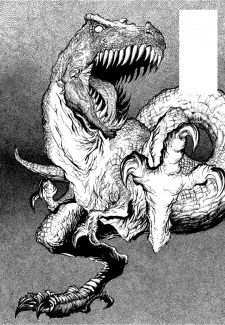 SenseiDaichi Mar 26, 2020 1:43 PM
I will start reading promised neverland, berserk, vagabond and OMK again. Do you know any way that i can remind my self what has happened to each?

SenseiDaichi Feb 27, 2020 11:30 AM
I am hyped about thorfinn's character development, but i will finish some other manga first and then i will start vinland saga. How many pages has each chapter? How good is the latest arc? And how would you rank the arcs from best to worst? Youtube also recommended me a video titles 'thorfinn vs garm' and thorfinn looked so badass with the scars on his fists and it hyped me even more. (I didn't open the video obviously)

About your manga recommendations. I don't want to watch anymore romcom for the time being. But cage of eden and BM nectar are interesting. Especially cage of eden, i will read them later though. I want to get back to TPN and berserk.

SenseiDaichi Feb 25, 2020 4:51 PM
Also, what is your opinion on Monster? I kinda want to watch/read it. I have seen a picture of the conclusion and it looked interesting.

SenseiDaichi Feb 25, 2020 4:46 PM
I finished vinland saga. The story was brilliant, the soundtrack and the voice acting were also great. The animation was really good but it was lazy few times and the cgi was good but sometimes the soldiers looked bad. Also, I didn't enjoy episodes 11-16 because they were just marching.
But what I love most is the characters. Thorfinn, was so baddas, whenever he jumped to battle I was so hype, he was annoying sometimes but it didn't bother me. Thorkell, was so coooool. Prince, was fine. Askeladd is truely one of the best antagonists, when I fell in love with the series was when Askellad talked about his past and his ideals, that was when I understood what vinland saga was about. I will surely read the manga, but I was just wondering. Now, that askeladd is dead will the series change completely?

Some other random questions:

Is perfect blue for anyone or it appeals to few people?

Why did you put promised neverland off your top 10 list?

What is the best anime and manga that suits my taste?

Why did you drop one piece manga, and is it worth reading?

SenseiDaichi Feb 23, 2020 3:13 PM
I have seen the first half of vinland saga. I like it so far and it may be in my top 20. I love the characters, they are so badass, i don't even care who is bad or good, i just want to see them slaughter an entire army alone. The soundtrack is epic and the animation has dropped a bit but i still like it. But i struggle to find the main point of the series, thorfinn asks askellad for a fight again and again, most of the time they just walk or ride their horses and sometimes it has cool fights. I don't see anything new happening and i wonder how the story will progress.

SenseiDaichi Feb 13, 2020 4:33 PM
True, I shouldnt push them to watch snk. I was thinking of good points to make them watch snk but it will not work so it is okay, we still like other anime.

So, what manga has the most horrific art and which one messes with your head the most.

LotGH isnt my type of anime but still it looks promising and I liked some episodes and I wanna see whats so special about it that it has that high rating. OMK also wasnt bad, but I cant finish it in one go just like mieruko and I stopped reading it because I took an overall break from manga and anime, so ill finish it now that I have time

SenseiDaichi Feb 13, 2020 9:01 AM
The reason I want to read a disturbing manga is because what I like most in mieruko-chan which is the scary and well detailed monsters.

4. I was between gantz and blame on which one to read and im still thinking about it. But even if it is fast paced, 350+ chapters are a lot and I hardly can finish the small one im reading now.

3. It seems interesting, I will most likely read it.

2. Battle royale is a good plot and for you to have it as your favorite, I will read it.

Which manga has the most scary looking art and which one is the most psychological. Im will read those two first.

Also, my friend are crazy jojo fans and if I insult jojo poses they get mad.
Like all my friends love jojo (which is one of the worst anime I have seen)
And they all hate my favorite anime attack on titan. One of them has finished season one and I didnt know it, but he didnt like it and the other one watched the first part of season one years ago and he also didnt like it. They all, even those who havent seen it complain about it being just humans killing titans and im trying to tell them that it is even more than that especially the new season. But they wont listen and I have given up trying and I have to see them every day make jojo poses. So, whats your opinion on jojo and what can I say to try to get them into aot.

I also remembered. What about I am hero, ive heard that is one of the most disturbing ones

SenseiDaichi Feb 6, 2020 12:52 PM
also im thinking of catching up to promised neverland before the anime starts. is it good? has there been a better arc than the first one?

SenseiDaichi Feb 6, 2020 12:51 PM
What do you thing of mieruko-chan? i was planning on finishing and then telling you my overall opinion. so, in my opinion it is good, but it is repetitive. every chapter is about a new monster and her same reaction. although, the monsters are so well drawn and scary. it reminds me of tomo-chan because of the same art style and because some character designs look alike and also both have short stories, there isnt any arcs. but the genres are the complete opposite. even though it is repetitive, somehow it is addicting for me.

SenseiDaichi Feb 3, 2020 1:59 PM
Okay, also you should read mieruko chan its only 21 chapter and it is ongoing. Somehow it remains me of tomo chan, but it a lot different. Also the monsters are so well done

SenseiDaichi Feb 3, 2020 1:16 PM
where ever i look i find tomochan as one page per chapter but MAL counts it in other way. I was searching for a site that has 56 chapters just like MAL but i cant find any and while i was searching i accidentally saw the last chapter -_-. do you know any sites that have it as 56 chapters?
All Comments