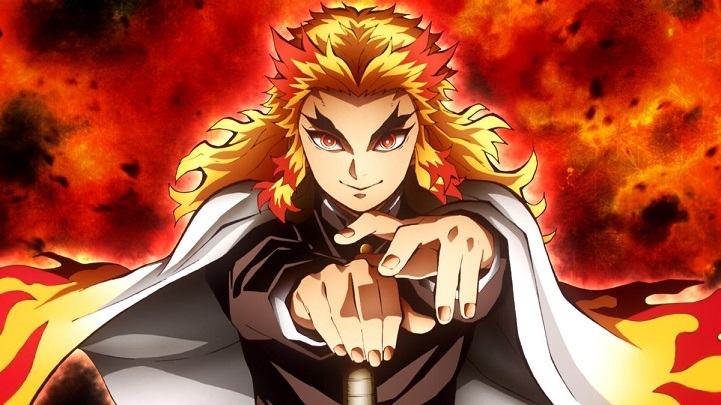 The 26th and final episode of Kimetsu no Yaiba (Demon Slayer: Kimetsu no Yaiba) ended with an announcement on Saturday that a sequel anime film is in production. The film will cover the Mugen Ressha-hen (Infinity Train arc, also known as the Demon Train arc).

Haruo Sotozaki (Tales of Zestiria the Cross) is returning to direct the film at animation studio ufotable. Akira Matsushima (Maria-sama ga Miteru) is also reprising as the character designer. The lead cast members from the television anime will also reprise their roles. 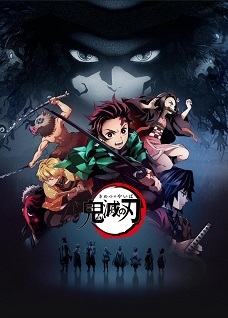 Synopsis
Ever since the death of his father, the burden of supporting the family has fallen upon Tanjirou Kamado's shoulders. Though living impoverished on a remote mountain, the Kamado family are able to enjoy a relatively peaceful and happy life. One day, Tanjirou decides to go down to the local village to make a little money selling charcoal. On his way back, night falls, forcing Tanjirou to take shelter in the house of a strange man, who warns him of the existence of flesh-eating demons that lurk in the woods at night.

When he finally arrives back home the next day, he is met with a horrifying sight—his whole family has been slaughtered. Worse still, the sole survivor is his sister Nezuko, who has been turned into a bloodthirsty demon. Consumed by rage and hatred, Tanjirou swears to avenge his family and stay by his only remaining sibling. Alongside the mysterious group calling themselves the Demon Slayer Corps, Tanjirou will do whatever it takes to slay the demons and protect the remnants of his beloved sister's humanity. [Written by MAL Rewrite]

Prior to serialization, Gotouge received an honorable mention at the 70th Jump Treasure Newcomer Manga Awards in 2013 for their Kagarigari one-shot, which became the prototype for Kimetsu no Yaiba. The latter began serializing in Weekly Shounen Jump in February 2016. Shueisha published the 16th volume on July 4, with the 17th volume planned for an October 4 release. Kimetsu no Yaiba has a cumulative 10 million copies of its compiled volumes in circulation.

VIZ Media licensed the manga in English in July 2017 and publishes it simultaneously with the Japanese release in their Shounen Jump service. The eighth volume went on sale on September 3, and the ninth volume will be published on November 5. Shueisha's Manga Plus platform also began simulpublishing the manga in English this January.

Kimetsu no Yaiba ranked among the top 20 manga in the male readers category in the 2018 Kono Manga ga Sugoi rankings.

I've been holding on this series for long... maybe I should hold it off for now till more content is present.

I keep reading that ppl are worried about not getting a season 2 but yall dont need to worry we will get it. The arc is so small that I thought it might be a movie. Also KnY is huge in Japan right now. I mean huge almost no comic book store has any in its store because its selling out so fast. Like they are putting signs in front of their door saying they are out of the manga come again. Theres no way there isnt going to be a second season. They also have their own pod cast in Japan for the voice actors. So no one worry they are just trying to get tons of money from the new movie. Wish I could go to Japan myself to buy it and see it. I'm sure the 2nd season will be coming out 2020 or 2021. Just wait though I know we don't want to.

On the topic of news, I've read that KnY, aside from a new season and a full-length film is also getting a theatrical play in Japan that'll run in January in Tokyo and Hyogo prefecture. I'm not from Japan and I'm nowhere near it, but I love me my theater and I'd love to see how the show translates from the screen/page to the stage!

I held off on reading the manga while the anime was airing, but after the last episode I went ahead, and yeah... the movie is going to be really good. I can already imagine how amazing it will be in animated form. I'm not sure how or when I'll be able to see it, but I'm really looking forward to it anyway!

This is gonna look gorgeous.

I'm so excited. I loved the anime. Sooooo goooood.

Neat, the wait time will be rough to deal with but it's for the best.

thank god, I really need this

Since the Demon Train Arc is around 15 chapters, how long will be the movie?
I'm guessing around an hour and a half at maximum

Oooh, sounds fun. I have been liking kimetsu so far, i hope the animation will be drop dead gorgeous when it came out

Nice, the film will be loaded with an unsurpassed proportion of 3D sakuga.

Totally not happy about this,Yes,movies tends to have better production quality, but they also takes way, way more time to be able for us to watch them, which is usually between 6-8 months after their release,not to mention that the production value of the anime was already great to begin with

I'm excited and worried I hope they don't cut any content from the manga, also can't wait to see my favorite demon.

My fav piller and one the greatest villan ever for me is coming if you know what i am talking about.

I would prefer season 2 instead of a movie. Time to read the manga?