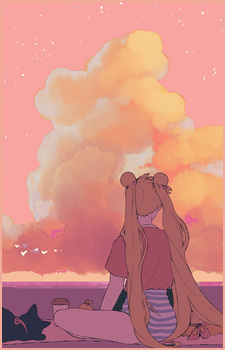 srad.jp
www.anikore.jp
GlitteringMeaning
for others like IG, FB & Line you can ask me but make sure to talk to me first.

Anonymous Code is supposedly coming out sometime later this year i believe. Around the q3/q4 period i believe.

I'll be sure to keep an eye out on Ai somnium in the near future as well thanks for the reccomendation. :)

I really enjoyed S;G as well for that reason because of the broody depressing atmosphere and also visually it was perfect as well too. I'd say the SciAdv series is the one that really made me appreciate visual novels as a whole.

Crow_Black Apr 14, 6:59 AM
'By the way you heard that a new Steins Gate is coming out called "Steins ????" its going to be focused on a new cast but the older cast from Steins Gate and their voice actors are going to return as well too.

Theres another Science Adventure game coming out as well called Anonymous Code and this one is pretty cyberpunk looking and its focused on hacking and computer programming as the story focus and i think it looks really interesting.

Crow_Black Apr 14, 6:47 AM
The anime was good i love the music,art style and the characters and also the sci fi themes as well. And yeah there were some shortcomings as well like jamming in so many characters in the story especially when they don't really have much relevance to the main plot and it makes the story disjointed as well too. Ruka and Farris being the most notorious offenders. Even more so than Mayuri and Mayuri was the one who was the glue for the future gadget lab despite how clumsy she could be.

I found the new characters to be interesting as well like the new main villain which even Okabe calls a real mad scientist.

The animation as well for the most part its good but sometimes you can see some errors in it like in episode 18 or the close ups at Okabe's face too.

But the voice acting was pretty good and its nice to see the original cast back to reprise their roles.

I watched all of the SciAdv in sub because i'm very much accustomed to hearing the original voice actors from the vn in the anime and to me, it would be pretty strange if someone else would do it.

Its not easy adapting something that is very non linear as Steins Gate 0 but it still was mostly faithful to the original game even with some story being left out sadly. Chaos Head and Chaos Child really sucked because it was just rushed out so quickly because of how short it was for example. I can't really see any of the SciADV adaptations work if they were as short as 12 episodes.

I haven't played Ai The Somminum files as of yet but i heard that the game is well a mixed bag from trying to be many things all at once.

Crow_Black Apr 13, 10:26 PM
My Easter went pretty quiet and peaceful thanks for asking. :) I spent it playing some of the new games i got like Steins Gate 0 for the ps vita and it was really enjoyable and i really would love to revisit it soon so i can see the other routes! :)

Yeah the whole thing does sound too good to be true indeed this whole switch pro thing.

My copy of The Nonary Games just arrived and i'm currently playing it at the moment and its so far really interesting and pretty grim as well too.

Cosmictimespace Apr 8, 2:59 PM
Don’t worry about that. I’m late with replies myself these days. I’m glad to hear you’re not sick anymore.
I could be better tbh. Life just seems overwhelming at the moment.

Crow_Black Apr 4, 9:04 AM
Don't worry about the late response, i was busy as well too with stuff but i'm back! so take your time getting your thoughts together! :)

I heard about the switch pro leaks but its best to wait and see to see if any of the rumors are going to be true or not.

I got the physical copy of Infinite Space too! :) I got it from a place called VGPlus in my area in Ontario where they were carrying reprints of it along with Front Mission for the ds as well.

Yeah its a pretty tough game and i was thinking about replaying it in the future as well too.

Damn! now that would have been such a cool idea seeing a prequel to Hotel Dusk showing Kyle's life in the past before he became a "Salesman" in the present.

There's alot of really good games you can on nintendo consoles like the wii so if you're looking for reccomendations feel free to ask me. 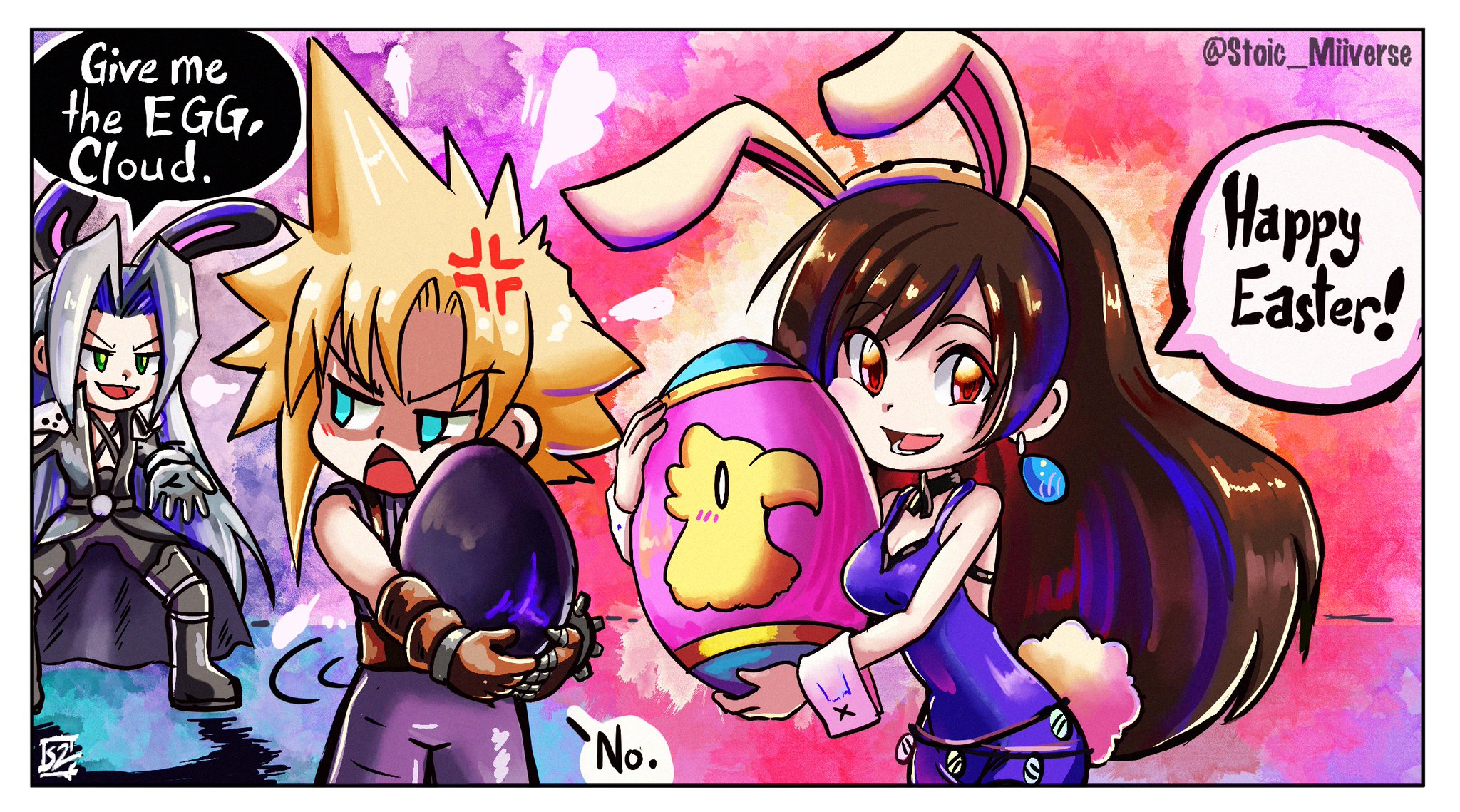 Gurmukh Apr 2, 9:43 PM
It got a lot of fillers and isn’t that great in the starting but this current ongoing arc is really good and the fights in this arc are great too! Skip the fillers and i think it will be a decent watch

Crow_Black Mar 23, 6:21 AM
Trace Memory is a ds only game and Hotel Dusk really was an incredible game and i really loved the story,characters,gameplay and the dialogue was just really well written.


I honestly wish we could have learned more about that group NILE in hotel dusk and what really did happened to Kyle's ex partner as to this day at least to my recollection since the sequel to hotel dusk never came outside of Japan or Europe because of CING'S bankruptcy and its a really sad shame that it didn't came out to the west and how CING went bankrupt because back in the 2000s arcadey style gameplay was favored more than story based games as much as i love gameplay focused games like Mario i still love the story based games in equal measure.

And there is like alot of Nintendo games i learned through the smash series that remained dormant to this day like F-Zero and Custom Robo for example and i'd think it would be really cool to see games like F-Zero make a comeback someday.

The Switch is really worth purchasing and there's so much cool games to try out and i'm still on the look out for them as well. Its also the perfect chance for Nintendo to bring back their dormant ips on to the switch.

BTW have you ever heard of the video game Infinite Space? when i just started getting into retro gaming that was one of the first games i've purchased and played on my ds and its a really interesting and unique game that isn't anything that Platinum Games the developers of Bayonetta has made and its a pretty challenging and the gameplay is very complex as well too. But the story is really interesting and also i love how your choices actually feel like it has impact to them as well.

lostinwvnderland Mar 14, 1:21 AM
Just hanging out at home.

Cosmictimespace Mar 13, 4:05 PM
No no, it was Crow Black’s profile I saw your art. It looks great!

Polycythemia Mar 13, 3:29 PM
I haven't, do you read a lot of LNs? it's kinda intimidating for me to get into because there are so many and idk how well they get translated into english since idk jap/kr haha.. do you just read stuff on release in japanese?
with manga I can at least fill in the blanks even with bad translations, but LNs... oof..

Alice in Borderlands and Blame were the first two that came into mind but it seems like you've already read both :'[

oh you went to school in japan then? that's awesome, is it anything like how they are in anime? :d

Yep! nothing beats the handheld consoles and when you put it at this way its like using amazon kindle or reading a regular book on the go and what i love about the nintendo switch is its multi purpose abilties to be an at home console and also a portable console as well too. There's alot of games Nintendo has made that would have been so perfect for the switch like these visual novels called Trace Memory and Hotel Dusk Room 215 for example and if you haven't played them yet, i highly reccomend these games as both have some really good stories and it can be finished in a day but the stories do feel complete and leave no plotholes at all and the smaller cast of characters lets for more intimate storytelling.
All Comments