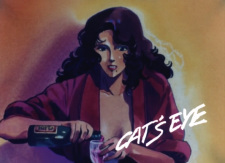 JokerVentura Sep 26, 12:22 AM
Just watched. Yep Popp showing once again he is the MVP.

Hmmm at this point maybe the gods they keep talking about might step in to help!?
They're not as powerful as Vearn, but they could give Dai a boost maybe.

inim Sep 25, 7:20 AM
For space opera inspiration you can work down the usual suspect list
https://anidb.net/tag/5929/animetb/?cat.minweight=0&noalias=1&orderby.name=1.1&orderby.rating=0.2

Terra E... (TV) is an amazing show solitary not talked much about, it may be a tad too brainy for your taste though. Sidonia no Kishi has clear plot parallels with Macross F and wasn't for me because of gratuitous ecchi. Which for me mixed poorly with the otherwise good story, especially in S2. In my experience you are more generous at that, so that's another good space opera with comedy and ecchi elements thrown in. The Yamato remake pure eye candy but feels a bit sterile at times. I want to see the original still, and then decide. Because for one the story is good (there and back again in space ...) and it's of course super influential. Herlock: Outside Legend - The Endless Odyssey has manly men stuff as is otherwise fairly average and dark. Vandred is lighthearted space ecchi comedy I have on PTW myself - could do that in group watch.

inim Sep 25, 6:23 AM
LotGH is quite an investment and "politically charged" in the anime community like few other franchises. It drags a bit in it's last quarter and some story elements drove me crazy. Such as sending a few million soldiers (they do it large scale in that show for sure, it's really galactic war) into a useless death. The officer then is rewarded with a state funeral because he "protected his honor". Oh Japan, at times I think two nukes were not enough. It's nevertheless something so monumental and well written that despite flaws it blasts all space operas and military mecha out of the water. There's a hidden backdoor you can use, the Gaiden OVAs. They contain short arcs of 3-7 episode stories of young Reinhard and Yang from their formative low ranking soldier days. The spirit is similar, and you can pretty much test out the style with minimum investment. This works better than the movies even.

"grand space opera with a dose of comedy"? That can be helped too! Check out Crest/Banner of the Stars. It has all the tropes and story elements of "real" space opera combined with a top waifu and comedic moments. https://myanimelist.net/anime/290/Seikai_no_Monshou
The downside is that there's an element of "racial superiority" in the writing and portrayal of democracy as bad. A shared trait with LotGH and probably the bane of military scifi and space opera by design. But it's fiction, right?

The one thing I may add is that you should take back a step and first decide if you won't sink the massive time investment into another military space opera which drops the toy sales (no mechas) and only has adult charcters .. LotGH. Otherwise Origins and that show are at the same level.

inim Sep 21, 11:05 AM
Magicians Academy came out of left field for me, but I really love it as well.

inim Sep 18, 6:00 AM
Well, the notoriety of the word Fräulein in the Anglospehere goes back to the period right after WW2. A lot of German males aged 18-40 were dead (1 in 3, we royally lost that war), POWs or missing. So there were tons of young widows and young women surplus in general. So a lot of affairs and later even a few 1000 marriages with mainly American soldiers developed. The post-war Fräulein has a promiscuous ring to it, but is short of prostitution. It's just that a lot women flirted with soldiers to gain access to scarce goods (both basic like food and luxury like nylon stockings). That context probably still rings in the Anglosphere, while as mentioned we purged the language after the sexual revolution of the 70s.

inim Sep 18, 5:44 AM
My inner grammar Nazi and nitpick demands a brief explanation of Fräulein's backstory. In German we there are two diminutive suffixes, similar to Japanese "-chan" or English "little X" idiom. As always with the most irregular Indo-germanic language it's tricky. Both "-lein" und "-chen" are archaic and not used generically anymore. They however survived in frequently used cases and lost or are about to lose their suffix nature. So Fräu-lein really is "little woman" as in young or "little miss". -lein goes mostly with persons, e.g. it can be applied to names "Peter-lein" to this day (little Peter).

-chen is often the same but not always. Even I don't know the difference. Frau-chen exists and means the female master of a pet, often dog. Frau-chen also is used but unlike Fräulein is informal and signals intimacy. "Mein Frauchen" is something a lovey dovey husband may call his wife. Fräulein made it into a real first class word for "young lady" until we killed in in the 80s as sexist. It implies martial status, Fräulein is not married while Frau is. Today it's considered rude to address somebody using it.

inim Sep 14, 11:38 AM
There's one quick watch to make clear how much different Josei is from "regular" shows. https://myanimelist.net/anime/10178/Otona_Joshi_no_Anime_Time Not as mind blowing as Usagi Drop, still worth a look.

Regarding realism, I feel that Josei's share of such shows is above average. The demographic has it's trash and fetish titles as well, of course. But maybe because it's such a small market more quality is produced. Chihayafuru (sports for people who hate sports anime), Nodame Cantabile (romance among professional classic musicians), Shouwa Genroku Rakugo Shinjuu (100 years of history of performing arts + mystery + romance), Hachimitsu to Clover (college age SoL and romance) all have high realism. And there's Nana which is Josei in all but tag, maybe the most Josei of them all.

inim Aug 6, 5:56 AM
Fakir is Fakir, and imho the real male protagonist, with a very active role. Myuuto is almost a mere plot device around whom everybody else's actions take place but who himself does little. And yup, sacrifice is a big theme in the show, not limited to duck (have you met Edel, yet?). Fortunately the writing is so good that it's hard to see the ending's twist details coming even when your guesses aren't all wrong. This show not merely breaks the 4th wall, it pretty much sets the theater on fire for shits and giggles :)

inim Aug 5, 9:01 AM
It seems the Elitist bug has bitten you seriously, another classic tackled 「Morning Grace」! Welcome to one of the most complex narrative structures in anime, featuring one of the best anti-heros too (Fakir). The show has a bit of filler at start and center, doesn't hurt it. And isn't that ballet teacher one of the creepiest anime characters of them all?

The whole frozen time makes me think it's either a clone of Vearn (a spare body so even his recent death isn't final) or its the body of his son/brother who is really in charge.

Regarding Mystvern, I'm certain now he's just a parasite.
Not one mention of the ugly black thing of his face, gotta be a reason, that's gotta be Mystvern's real body.