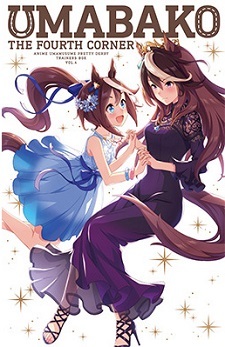 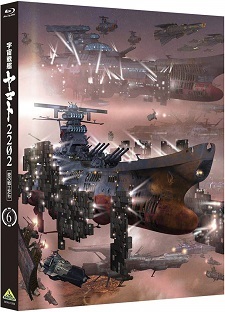 tsubasalover said:
Here are the weekly Blu-ray and DVD rankings for December 17 - 23

So I'm looking at the list now and I'm seeing a lot of great new anime that are selling really well this year. SSSS. Gridman, Bunny Girl Senpai, ZLS, and Strike the Blood are making a big profit from their first volume already and are bound to do well with the rest.

This also does prove that BD sales aren't dying, as this BD sales news is showing that they're still very relevant in Japan. I was wondering if this was the case, since a lot of people were trying to argue the reason for DxD Hero's sales being so low was because of streaming services. However, these new anime releases are making so much money and selling so many copies that it busts that theory. Japan just weren't that into the new season and their changes.

No idea how much this consideration counts with the suits, might not count at all. But if you look at it this way, in that given week Bloom into You was the 5th best selling TV anime from Fall 2018, at least by BluRay sales. (It's not the only metric, I know.) So basically, naysayers can eat ass.

Talking more generally, maybe if Western fans chip in and collectively order BRs from Japan they can influence these numbers more closely. I guess crowdsourcing to buy BRs is more than a little absurd, but this is capitalism after all; if you don't pay better than the next asshole your favorite show might just not get a second season. You can never even know if your favorite show is dead because the anime industry is even worse about transparency than Hollywood.

Poor Juliet, one of my favorite shows this season :'(

Release the Spyce was fun too, shame.

And the most surprising thing is without a doubt the sales of Horizon in the Middle of Nowhere, like damn, surprising quantity for:
1. A Blu-ray Box
2. A series from 6 years ago

It's not semantics. Those are literally different things.

tokusatsu is live action though, the only live action on the anime ssss gridman is the final scene

you do not have to be so strict with definitions here, mecha means mechanilcal and ssss gridman have that

shanimebib said:
SSSS.Gridman actually might end up doing much better than Darling in the FRANXX. Funny how Trigger was expecting Darling to smash the charts with all the promotions with A1 before it even aired with little to no advertisement for Gridman. The cult status actually worked. Also, the heroines in Gridman are far superior compared to the ones from Darling in the FRANXX.

I see those Yagate Kimi ni Naru numbers and ask why would animators be bothered with that genre?

Also, I like it how Japan treating Uma Musume like it's a national treasure. While the anime was fun, it's no where as good as the numbers suggest. I guess CGDCT, sports girls, idol stuff, demi-human AND most importantly those BELLIES, all worked. That's a considerable fanbase /fetishbase right there. Gotta say, job well done!

SSSS.Gridman was really promoted in Japan, way more than Franxx by Tsuburaya. Not even counting that the anime is part of the Gridman franchise which was really popular on Japan so it got many fans already to watch it.

It's not semantics. Those are literally different things.

caio_brb said:
deg said:
nice that a mecha like Gridman is selling well

12k in almost 2019 is REALLY impressive, especially for an original series. When's season 2?

I do not understand. This show was definitely one of the best of the season, and the best, which was entirely devoted to romance. But why was it even less financially successful than Strike the Blood OVA?

No words, I'm glad. This is truly one of the best anime seasons in my life. I have never seen so many successful and financially successful shows in one season.

I am ok with the sales for Bunny Girl Senpai and glad that Japan likes Gridman.

My reaction when I saw this.

Season 2 please. Music Come On! Zombieland Saga is one of the hidden gems this season that I never thought I enjoy. Thanks youtube recommendations for showing this scene.

Jojo deserves way more tbh but it's still something

JoJo deserve a lot more than that

Catalano said:
Cute girls on the first 3 spots. Why am I not surprised.
And one trap, don't forget the trap.

Yoooo Uma Musume and Zombieland saga right to the top! I’m so happy