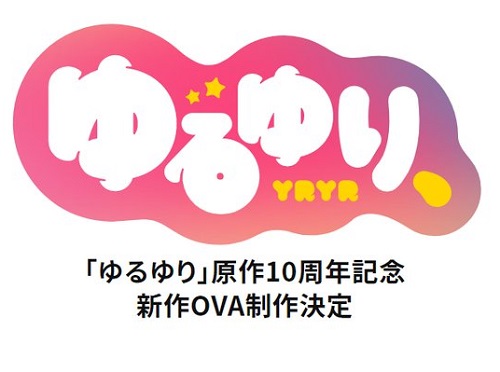 To celebrate the seventh anniversary of the unit Nanamori Chu☆Goraku Bu, the "Nanamori Chu♪Happy Birthday" event was held on Sunday and announced that the Yuru Yuri anime series will get a new OVA to commemorate the manga's 10th anniversary. Titled Yuru Yuri,, more information will be announced at a later date.

Namori wrote Yuru Yuri, which began its serialization via Ichijinsha's Comic Yuri Hime magazine in June 2008. A total of 16 volumes have been released with the latest going on sale this February. The manga received multiple anime adaptations between 2011 and 2015. The first two TV seasons were animated by studio Doga Kobo, while third season, an OVA episode and two special episodes were animated by studio TYO Animations. Nanamori Chu☆Goraku Bu is a unit consisting of four main members of the anime series: Shiori Mikami, Minami Tsuda, Rumi Ookubo and Yuka Ootsubo, who were also performing the series' theme songs.

The manga series was licensed in English by ALC Publishing for online distribution on the now defunct website JManga.

10 years already
but they still a chuugakusei lol

well, that's what i loved from Yuru-Yuri

I wonder if there's anything I can do with this wonderful news... 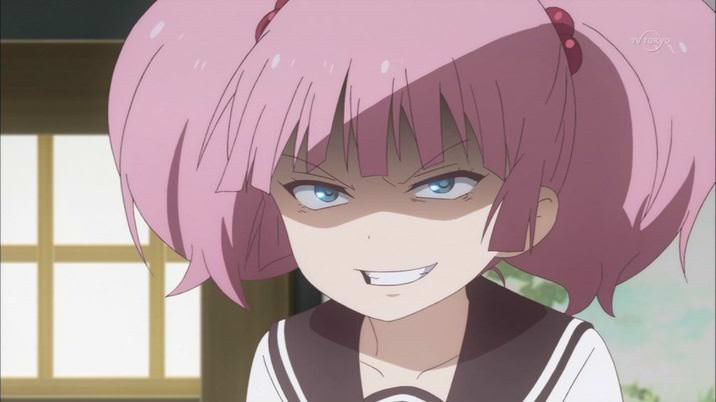 i can already see the 4th season comingu


Fuck yea, more Yuru Yuri is always a plus. Basically set the bar for CGDCT. So many other shows that followed were a lot more bland and generic and clearly meant to be nothing more than a giant promo for the source material. Not to say there havent been other good ones over the years, but there's definitely been quantity over quality.


GochiUsa is probably better than Yuru Yuri, not sure why you consider it "vapid" or "soulless"

Opinions aside, when talking about shows their primary genre takes precedence, Yuru Yuri is comedy first. You don't call Seitokai Yakuindomo a harem, you call it a comedy. (Despite being a poor comedy, it's obvious that's its primary focus) GochiUsa doesn't have any real subgenres and is a straight up CGDCT (sidelined equally with SoL) which is why you can use the term for it.

I feel like the newer quality of CGDCT has edged out Yuru Yuri but enjoy the OVA you plebs.

Me when I found out there's new Yuru Yuri coming

THE HYPE IS REAL I HAVE BEEN WAITING FOR THIS!!

What a coincidence. I was thinking of this show regularly lately. I can't wait for this OVA and hopefully we'll get a fourth season some day.

god bless japan I can finally die in peace

Yuru yuri is the one of CGDCT I rated so high.. Ova isnt enough I need another season

Just need a 4th season and I'll be very happy.

More Kyouko is always good, but it comes at the price of more Chinatsu ...

Should definitely be fun to watch though!

Red_Tuesday said:
Finally, some good news. Only an OVA, but hey, I'm starved.

GochiUsa is probably better than Yuru Yuri, not sure why you consider it "vapid" or "soulless"