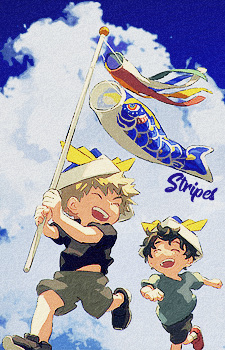 I'm pretty much the same. Just recently I have plenty of free time to caught up with anime I haven't finished.

Really happy we can have a conversation again. It was a blast talking with you :)
And it's nice to see you're still a fan of MHA as ever lol

Oh, by the way I just checked your discord ID that you gave me and I couldn't find it. Are you still using discord?

Rebekahw595 May 17, 2020 8:09 PM
Just clicked on your profile after seeing something you said in a forum, definitely gotta bookmark this page cause we’ve got ~65% affinity and so I can use your history as a recommendation list lol.

Tsukkimaru Jul 10, 2019 5:07 AM
That's fair enough, I haven't had much time to watch any ongoing/new anime since I've been watching HxH with my friend. But since we finished yesterday I'm hoping to catch up on some stuff. Fire Force seems pretty interesting so far, the animation in the first ep was great so hopefully it will be consistent. I had to double check that the animation studio wasn't Bones tbh, the style really gave off a Soul Eater x bnha vibe. DR. Stone was pretty boring imo, I'll probably watch it a as a casual thing but the character design is quite off putting and the first episode seemed rushed to me.

AHH how cute, I've become a collector of figures myself recently but I haven't bought the nendos yet, I'm looking more for some proper scales since the Kacchan nendo isn't bishounen enough for me xD other than that life'e been ok, I've gotten a much better job and my studies are going fine which is good. Also I turned 18 a little while ago so since it's coming up to summer holidays I'm hoping to do some partying lol.

anyway I just wanted to let ya know that the new Fire Force anime really looks like bnha in terms of style and animation. It seems alright so far, and the mc is pretty precious imo.

Stygian_Prisoner Apr 18, 2019 3:19 PM
Hi there.
I was just wondering if you could tell me from what anime/manga the girl in your forum profile pic is from?
She seems cool :)