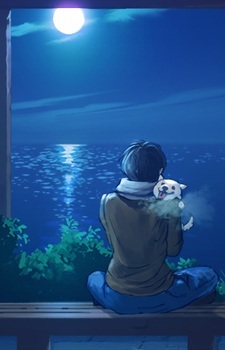 tingy Mar 22, 10:49 PM
Oh noooooooo oops I denied your friend request cuz I thought it was a rando :'D

And hehe yeah, thank you <3

Haha, no worries lol.
And thanks, I appreciate it. 😊

See you on there then!

You have a nice profile here. We also share a decent amount of tastes in anime as well, so if you want, I'd really love to talk with you on Discord if you don't mind :3.
Here's my Discord ID. LunarStarGirl345#3643

The irony is that since my last reply I actually got back to the forums for the first time in 2 years, the old addiction rearing its ugly head.
Kind of a side effect of getting back into anime more and more recently. The relapse was inevitable, I'm afraid...

Anyway, glad to hear you're doing alright. Good luck with the online dating and stuff. I don't have to worry about that since I basically resigned myself to indefinite inceldom, using various brands of copium to justify that decision before myself :>.

As for social life under covid in general, it's honestly mostly been a plus for me. I never liked night clubs and the likes and my friends just ended up doing more private parties on weekends for the last 2 years, which have always been my favorite kind of saturday anyway. Just 5-10 people getting drunk in some apartment, listining to the music we want, maybe cooking something nice. Much better and more fun than going out if you ask me, and also cheaper. So in that regard Covid was a jackpot for me. I did miss going out to eat and maybe the occasional cocktail night, but even that I just compensated for by learning more recipes for food and cocktails to do on my own ^^.

There's been like 2 friends that kinda shut down during the pandemic, who I basically stopped seeing because they struggle with mental health and barely ever leave their house. But in both cases the pandemic wasn't the cause, it just brought to light some older issues. For the most part my friends stayed relatively unfazed tho, like me, and just kept doing the same stuff they did before (small private parties, board game night etc...). There was a very brief phase at the very beginning where everyone actually stayed at home and we did some parties via zoom, playing party games while videochatting and stuff like that, but that didn't last very long and we all went back to basically normal as early as like May 2020. Since then many more lockdowns have come, but nobody really cared.

Also regarding Queens Gambit, of course I've already seen it. I got caught up in the chess craze last year when every youtube and twitch streamer got into chess all of a sudden and started playing online chess quite a bit myself for the first half of 2021. Queens Game was part of that whole thing, although it came out a bit after I got into chess (literally 1 day after my birthday). And I have to say, while it was pretty good, it didn't really excite me very much and didn't leave much of a lasting impression which is why I had already forgotten about it and only mentioned Squid Game for Netflix stuff I got excited for during the pandemic. By now I would have to add 'Arcane' to that list tho. I would have never believed it and only reluctantly checked it out after multiple recommendations, but despite being based on League of Legends, it's an actually fantastic series in every regard.

And I'm doing okay. My country is entering it's fourth complete lockdown since the pandemic started because of the incompetence of our government over the summer and having the highest quota of anti-vaxxers out of all the western european countries so that's not great, but aside from that I'm doing fine.

I started working in a comic book store right before the pandemic and I rellly enjoy my job and luckily have been able to keep it during all the pandemic madness. Kinda stopped watching anime for like 1-1,5 years (with a few exceptions) and have only gotten back to watching some episodes every week and trying to catch up with 2020 seasonals during the last few months. Also permanently quit the forums and never looked back. In return (and thanks to my job) I've gotten much more into manga and especially western comics and I read a shitton of awesome stuff over the last year and a half and significantly increased the size of my collection. It's great being able to ask for sample copys from the publishers of a lot of the interesting stuff that comes out each year, definitely one of the perks of working in a book store.

Aside from that anime was mostly replaced by watching youtube stuff, especially comedy podcasts and the likes which I still do a lot. And Squid Game was cool. Probably the only memorable thing that came out on Netfliy for the last 2 years or so.

So yeah, that's pretty much it. Still being a nerd who spends most of my freetime watching or reading stuff, just with different priorities now.

What about you? What have you been up to during these weird times?

Shocked Oct 25, 2021 2:03 PM
There's definitely a lot of competition nowadays for peoples' attention, and time is a limited resource. There's only so many hours in the day to expend on anything, much less entertainment.

I think there are some who are still alive and kicking, but other than that I also have been feeling a bit detached from the MAL community for a while. At this point it's just a chill place to read and shitpost. I guess I still like the dynamics of writing stuff in the forums and I haven't worn out completely like some others did.

What about you? Do you still find it fun to enter the main site and the forums?

Shocked Oct 24, 2021 8:51 AM
Yeah, feels like the world's gone insane, but at least we can do our best to stay safe and sane. Definitely been a while since we've talked, but I've always enjoyed our discussions. Haven't watched anime in a little while though, as it's been busy over here, but I'd like to get back into it once things settle down. Hope you've been doing well too!

Kaesec Jul 23, 2021 8:54 PM
They essentially dealt with his trauma through two distinct, somewhat interconnected 'solutions'. One of which is his forgiveness of his mother, which I agree was coarsely handled (and is improper as a treatment), and the other is achieving eudaimonia through community/relationships/purpose (to be dilettantish: joie de vivre et/par raison d'être), which I liked.

Kaesec Mar 9, 2021 4:29 PM
Could you give me a quick summary of your reasons for disliking Your Lie In April? I'm interested as to why you dislike it so
All Comments