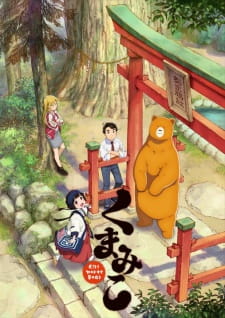 The official website of the Spring 2016 anime Kuma Miko announced on Monday that its Blu-ray and DVD releases will include unaired episodes. The episodes will be completely new works in the series.

Kuma Miko began airing on Sunday night on AT-X and other networks. The series adapts the manga drawn by Masume Yoshimoto, which has been publishing in Comic Flapper since 2013.

I loved the first episode, so why not. bring it on. :)

The premiere today was cute, looking forward to more of this for sure..

I liked the first episode, so this sounds nice.

After having watched the 1st episode, I understand why this aired on AT-X LOL.