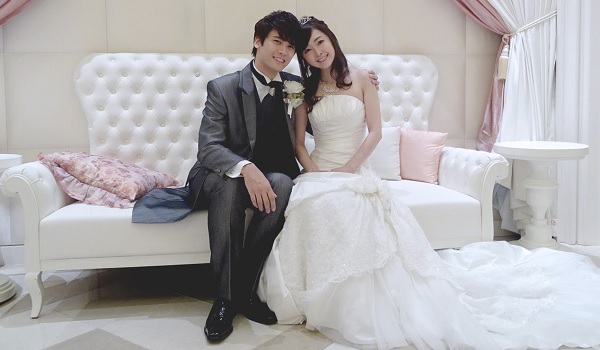 Seiyuu Mark Ishii and Atsuko Enomoto announced their marriage on their respective Twitter accounts on Monday. The two were married in a ceremony last month with family members in attendance.

Enomoto, who left 81 Produce to become a freelance seiyuu last year, debuted in 1998 in Kareshi Kanojo no Jijou. Ishii, who announced on Sunday that he has left the Space Craft Entertainment agency, debuted as a seiyuu in 2014 in Omoide no Marnie. Enomoto is 12 years Ishii's senior. In statements released on their Twitter accounts, Ishii and Enomoto said that they share a number of interests and enjoyed the time they have spent together up to now.

The two recently starred together in the 14th episode of Cardfight!! Vanguard G: GIRS Crisis-hen. Although they voice characters from the franchise, their characters have not appeared in one episode together before January. On Monday morning, "Vanguard Wedding" was trending on Twitter in Japan, with Cardfight!! Vanguard mangaka Akira Itou drawing a congratulatory illustration. 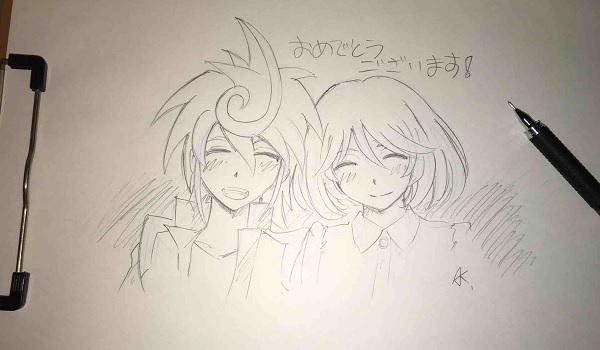 Wot, I never heard of this before, wow

Grats to them! They look happy in that photo :3

Announced divorce after over two years of marriage.
https://natalie.mu/comic/news/294819

Congratz!
Without worrying the age gap
They looked really cute together xD

Shucks! Too cute for words!! May their marriage be blessed with lots of love and happiness.

happy for them!! Age difference doesn't matter as long they are both happy :)!

Age means numbers and not really an issue plus she looks young for her age.

once u turn 18 age gaps mean nothing

...unless the woman ages way earlier than the other partner

Seriously though, it's about physical aging. i.e. menopause, sagging, wrinkles.

...Or are you acting like the current year means that attractiveness is outdated?
i just watched episode 14 of vanguard g crisis and they were so cute in this episode even if this was for only one episode i feel their love as married couple in this episode as well

I wish them well with their marriage.

once u turn 18 age gaps mean nothing

...unless the woman ages way earlier than the other partner

Seriously though, it's about physical aging. i.e. menopause, sagging, wrinkles.

...Or are you acting like the current year means that attractiveness is outdated?

ayyy lmao, if this guy can still hit it with a 38 year old, maybe I can make it with Horie Yui

Let's hope that this does not cause her any problems from the rabid fans.

I dunno any of their work but I am happy for them! Congrats!

I was staring at this disinterestedly until I noticed she's Yukino's seiyuu. Oh well, my respects.

Such a pretty dress *.*, congrats to them both! Hope they'll have a long, happy marriage.