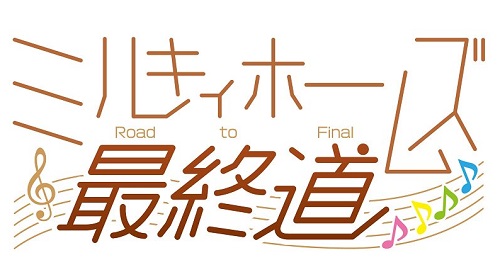 The official Twitter account for Project Milky Holmes has announced that the seiyuu unit will hold their final live next February. The Twitter has also asked the fans to continue supporting the unit in this remaining year by announcing a series of events titled Road to Final, which will be held before the final live. The first event will be held this June and the details will be announced this March. It was also announced via a fan club event held on Saturday.

Milky Holmes is a seiyuu unit formed by the main cast members who voiced the Milky Holmes franchise from Bushiroad, which consists of Suzuko Mimori, Sora Tokui, Mikoi Sasaki, and Izumi Kitta, since 2010. They have also performed other theme songs such as the Cardfight Vanguard series and Akiba's Trip The Animation besides performing most of the theme songs to Milky Holmes anime series. The most recent song that was released is "Reflection," which was the opening theme song to recent Milky Holmes New Year's eve special. The members will still continue be active as solo artists.

F
I wouldn't mind a new cast of milky holmes.

It was nice while it lasted, shame we never got another show, rip Milky Holmes.

I like their performance as Glitter*Green. Too bad I cannot find good video likely because of copyright but this will do.

Well there hasn't been a Milky Holmes anime in sometime, I see why they are disbanding.