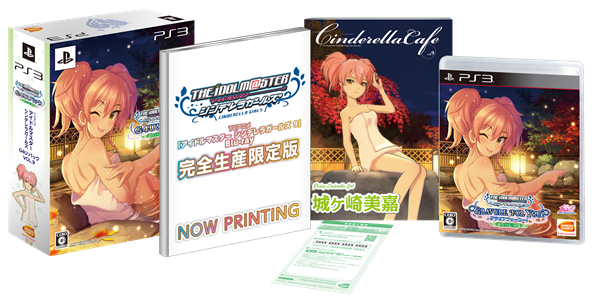 The official website of the anime currently lists a "special chapter" with the ninth volume. A preview video of the Blu-ray's Gravure For You! game bundle was also released on Sunday confirming the additional content as an unaired episode. The iDOLM@STER Cinderella Girls aired in split cours earlier this year, with the first season airing in Winter and the second season in Summer.

The iDOLM@STER Cinderella Girls: Anytime, Anywhere with Cinderella. on MAL

Hoppy said:
That cover is hot.

That cover is hot.

Also the 9th Cinderella Master batch was announced just yesterday, very early for those not to mention the rushed out Jeweleries announcements, they might be packing up the series for Million Live.

I'll at least watch the special even though the anime was a disasterpiece but it had a great ending.