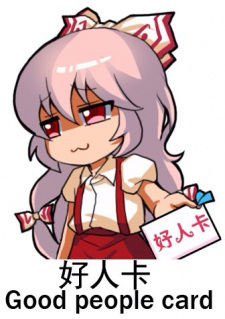 deg Apr 2, 12:08 AM
do you also have a quarantine pass system there? it works here by giving each household/family a quarantine pass and only 1 member of the family can have it and be allowed to go outside to buy essential things

deg Apr 1, 2:20 PM
nothing changed for me since im usually at home anyway lol how about you?

HappyPicnic Feb 29, 12:11 PM
Heck Yeah Ultravigo! I was losing my head reading knightmare's posts. an actual nightmare lol
Literally BJP backed Kapil Mishra declared that he would put an end to the riots in North East Delhi, and that kind of incitement of hate can be tried by law. This is not the first BJP member to implicitly or explicitly declare ethnic and racial group were subhuman.

Then there's the north east angle which goes back into the state independence from assam, assam accord.. bangladeshi liberation war. Does this guy really not see the correlation? Fuck

What is happening in delhi is designed to be pogrom, it's state sponsored violence

traed Feb 17, 3:26 PM
Well he is fairly centrist so maybe but I think he cares enough about not coming off bad he wont do anything

traed Feb 17, 12:31 AM
Well at least Trudeau isn't stopping the protesters. Maybe he's sympathetic for them but just doesn't know how to resolve it

traed Feb 4, 8:58 PM
Well I live in the US so yeah unless yoi mean the state primaries since i have no idea if they started yet
All Comments