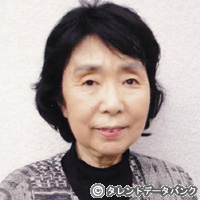 The Tokyo Metropolitan Police Department reported on Friday that seiyuu Sumiko Shirakawa died at the age of 80. Shirakawa was found in her home on Thursday and taken to the hospital, where examiners confirmed her death. Medical examiners will conduct further analysis to determine the cause of death.

Shirakawa did not appear at the recording session of Sazae-san on Thursday. A staff member from the program and a family member visited Shirakawa's home and discovered her unresponsive in the bathroom. According to the Suginami Police Station, Shirakawa had been living alone.

Shirakawa became active as a seiyuu in the 1960s with major roles in Uchuu Ace and Tobidase! Bacchiri. She also played the role of Hidetoshi Dekisugi in the Doraemon series between 1980 and 2005. Her recent roles include as Hiroshi in Space☆Dandy 2nd Season in 2014.

Shirakawa's best known role was as Hiroshi Nakajima in Sazae-san, a character she voiced since 1969. The episode airing November 29 will be her final appearance in the series. An audition will be held to determine Nakajima's new seiyuu.

Wow, the same character for almost 50 years... She sure deserves respect. RIP.

R.I.P she's a big loss for the industry.

Rest in peace even tho I don't know you.