by Snow
Oct 15, 2015 10:35 AM | 60 Comments
Capcom announced via Biohazard's official website that the game franchise will receive an anime movie, to be released in 2017. The feature-length film, which will have an original story and include characters from different games of the franchise, will be supervised by Capcom producer Hiroyuki Kobayashi. Staff members were also announced, as well as a key visual (pictured below). 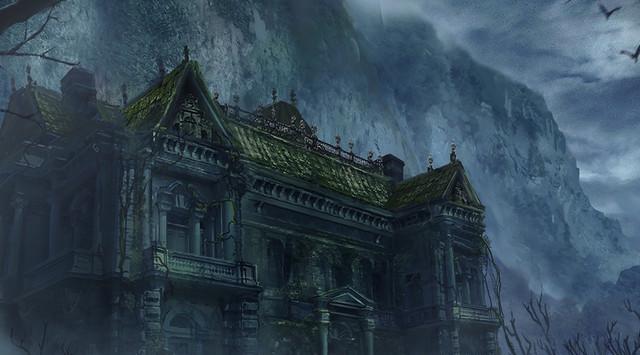 Biohazard (also known as Resident Evil) is a franchise based on the action-horror video game series by Capcom, with the first game released in 1996. The story revolves around an outbreak of zombies caused by the biological weapon known as T-virus, created by Umbrella Corporations. There are various anime, manga, novel, and live-action adaptations of the game series.

eshwar007 said:
I don't know wat to think of it yet. Not exactly lookin' forward to it , but not gonna hate it too. Should be interesting to check out how it plays out in anime form.
Hey eshwar I share your thoughts.

As there ever been anything good that was Resident Evil related and not a video game?
I like the series and all, but really, all of the movies so far have been incredibly awful.

All I want is for Claire and Leon to work together again.

And then start dating.

And then get married.

And then have kids that kick so much ass that the ass needs to bring in it's ass friends to get it's ass back up then just get obliterated by a whole Redfield/Kennedy family attack.

Or Capcom could just adapt this fanfiction into canon. It's a whole lot better than the shit they've been making now.

But megaman is ded, our only hope is Mighty no. 9 and unfortunately its kickstarter didn't do that well.

I refuse to give up hope...


Z4k said:
jyagan0 said:
Another one? Why? the other two werent that good
As if the live action ones were better.

RE has 3DCGI adaptions.


jyagan0 said:
Why would you put biohazard over resident evil? now most of the commentators dont know what it is.

Biohazard is the original title. Resident Evil is the localized title.


Oh, and the guys going all "Ugh, why CGI"... you do realise that this is Resident Evil, right? You simply don't do RE in non-3DCGI.

jyagan0 said:
Another one? Why? the other two werent that good
As if the live action ones were better.

You guys know that there are already 2 full CG movies of Resident Evil?
Watch those and then you have an opinion

Why would you put biohazard over resident evil? now most of the commentators dont know what it is.
you say capcom game like people dont know resident evil is from them.
Another one? Why? the other two werent that good

They're the studio that did Captain Harlock CGI movie and it's one of the best looking CGI movies in recent years.

Why do I get the feeling that most people here don't actually know what they're talking about and just hating CGI for the sake of it. It's not gonna be the kind of CG like those in Arpeggio or Sidonia with anime styles. Just look at the few posts above for the pictures.

2D purists will always hate CG for the sake of it. I can already tell who hasn't played the games based on the comments here. They probably went here after reading seeing the word "CG" in the title just to shit on it. The hate for it is hilarious.

But megaman is ded, our only hope is Mighty no. 9 and unfortunately its kickstarter didn't do that well.

It's not the first movie full CGI from the franchise, the other two were pretty good...

I hope this manages to be deccent at least, i was really expecting for a full anime movie though.

As long as it has the best RE character Leon Kennedy in it, i'll watch it.

As a big fan of Resident Evil (Except 6), I'm excited for this one. The last Resident Evil CG from Capcom was great so I'm looking forward to this movie.

The thing that I want the most in T.V series.

-Classic Zombies from original RE trilogy, not those African people that looks like are suffering from some disease and they chant and curse shit.

-I need Jill Valentine, she is my first waifu from Resident Evil 3: Nemesis.

-The main thing I want is both Leon and Chris Redfield in action! Definitely not the Chris from RE4 who looks like he is on steroids.'

-I am such a big fan of Classic Silent Hill and Resident Evil series, I want this t.v series to be survival horror genre not the COD action style like RE4,RE5 and shitty RE6.

The Mighty No. 9 doesn't look gud enuff for u?

Why have one when you can have double the fun..... yes, I did that on purpose.

rpn101 said:
RX-782 said:
The CG in their movies actually look really good so I'm not sure what's with the reaction about it being CG

"omg CGI movie for a game series with CGI cutscenes, how could they do such a thing even though they've had 2 other movies that have done well!!!" I'm expecting this movie to be pretty decent, and similar to the other films.

RE 4 had no CGI cutscenes and your example isn't CGI either.

JizzyHitler said:
So im gonna expect really pretty CG with really horrible storylines like the other 2 CG movies, oh well maybe we will at least get to see leon for a bit as a saving grace

Something similar to Tekken: Blood Vengeance's production value, no doubt.

The Mighty No. 9 doesn't look gud enuff for u?

Stop with the anime adaptions and make some Mega Man games Crapcom.

So im gonna expect really pretty CG with really horrible storylines like the other 2 CG movies, oh well maybe we will at least get to see leon for a bit as a saving grace