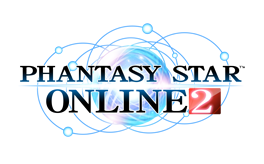 It was announced by Sega at an event in Okinawa and posted on its official website that online RPG game Phantasy Star Online 2 will receive a TV anime adaptation. It will feature an original story that takes place on Earth in the near future.

Phantasy Star Online 2 is the direct sequel of the original series that was published by Sega. The game was released for Microsoft Windows on July 4, 2012 and for PlayStation Vita on February 28, 2013. The mobile game titled Phantasy Star Online 2es became available for the Android platform on April 7, 2014 and for iOS on May 14, 2014.

I would love if they took it a step further then Dark Falz. In other words.. Profound Darkness, the evil god which Dark Falz/Force is an avatar of.

Never played the games, but I hope the opening is catchy.

A lot of video game anime adaptation coming out these days, hopefully this turns out to be good.

Man, PSO2, i played 2400h of this game, i just hope they will trash talk Dudu and have the clumsy Monica being super Moe. I expect Dark Falz being one of the main story and an OVA of Tower Defense mode. I have done almost 100% of the first 12 matterboard (or more) and stopped playing around march 2014 just before the Mass IP Block of gaijin. I saw the next update preview and i am thinking of maybe return playing it... I spend my hard earned 48m meseta for selling a Docomo Rappy Suit and the 11* healing twin machine gun i don't remember the name.

PartyMafia said:
Played the first one a lot. Seems like they could have just called it "Phantasy Star Online The Animation" since adding 2 might confuse onlookers. Just a minor detail.

I think its because they're probably going to use the monsters and NPCs from PSO2 and not PSO which would make sense.

IndecisiveRattle said:
Stark700 said:
takes place on Earth in the near future.
I smell another "trapped in an MMO" series. 'On Earth' and 'near future' don't belong together in something Phantasy Star related, unless Sega is actually going to confirm speculated backstory that has been lingering since the original Phantasy Star games.
Sounds about right... sadly :/

I would love to see a Phantasy Star anime somewhat like a darker version of Slayers and with a more focused plot. I mean that would be amazing. Probably not going to happen though.

Not too hopeful since game adaptations usually tend to suck.

maybe it'll get localized because of this

I'm so looking forward to this adaptation. PSO2 and PSO are both great games I love.

I tried to play this game, but unfortunely I could not...
Looking forward to the adaptation.

another RPG get animated.
And here i'm looking for re:monster to get one

Stark700 said:
takes place on Earth in the near future.
I smell another "trapped in an MMO" series. 'On Earth' and 'near future' don't belong together in something Phantasy Star related, unless Sega is actually going to confirm speculated backstory that has been lingering since the original Phantasy Star games.

Oh yeah.. looking forward to this.. ive been playing the games for more than a year.. :v

This is pretty cool news hopefully the game composers are doing the anime ost, if not then it better be like it because i love the music on the Phantasy star games.

Something tells me this is like Devil Survivor 2 where the first bit was never animated.

Intriguing. I'm looking forward to this.

I always thought while playing through Episode 2 that the story would work in a slightly above average Anime.
It's a bit of a shame that they're going for an "Original Story" instead though. Since they have such a large cast, I can easily see it just being 12 episodes of fluff to show off how cute the female cast can be, then end series.
I highly expect one of the episodes to be fully dedicated to Kuna (Likely worried about stuff, or perhaps Hadred) only to end in her concert.

Game is in a 2-Room Lobby (Although they split the lobby into many blocks to alleviate server load I assume), so I wouldn't call it open world.
Missions take place in instanced maps where up to 12 people can enter at once.