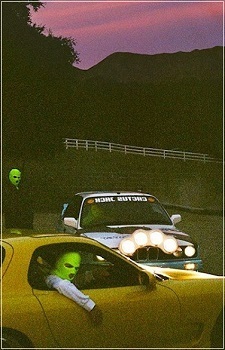 Protaku Aug 1, 8:17 PM
Shiet, you're giving me too much nostalgia haha. I want to try being more active on the forums, but feels kind of like I'm starting from scratch again. I met a lot of cool people through the forums and some I even ended meeting IRL, but we all kind of mutually agreed to quit MAL a few years ago. I'm just coming back because I felt kind of bad for the people I left behind here, but most of them are gone now too. F.

I've been active on Facebook this whole time and the pages I follow have a bad habit of posting Kaguya manga screenshots that are usually huge spoilers X( So I'm tricking myself into thinking they were just fan doujins or something lol; cant wait until the third season either way, just saw the OVA the other day, loved the fanservice.
From those anime you listed, I've defintely seen and enjoyed Made in Abyss (still have to torrent the movie sometime), and I actually ended up dropping the Fruits basked remake -- partly because the series was spoiled for me years ago, and partly because I just wasn't very hooked on it, since shoujo anime doesn't really appeal to me. Other than that, I am planning on watching 86 and Jujustu Kaisen, and maybe To Your Eternity sometime in the future though.

Protaku Jul 18, 1:35 AM
Seems like lots of the old guard aren't really active here anymore. I still want to try chatting on forums and stuff, but I feel like an old man going on there now haha. Still good to see new faces though, I'd hate for this play to die out. Even my little cousins are getting into anime and they're all still in high school; was almost unheard of to be an anime fan in high school in my day.

Favorite series I've watched? hmmmmm the newest seasons of attack on titan were really hype for me, solid 9/10 for each I'd say. Also enjoyed Kaguya-sama and Mob Psycho season 2, 8/10's. I've been mostly only watching seasonal anime this entire time xD Any good stuff you've seen?

Protaku Jul 6, 3:55 PM
Old MAL? Dang yeah that brings back some memories lol. Seeing lots of new people around too yeah, making me feel like an old man haha. Nothing cool happen while I was away?

My life's been pretty boring so can't say you're missing out on there much xD have been watching a fair amount of anime while I was away though. Just updated my Completed list and it increased my watch time by about 20 days OwO

Protaku Jun 26, 1:12 AM
Dang I had to click Conversation to catch up on stuff haha

Feels weird seeing us talking about such outdated anime UwU You watching any new stuff?

Weldope Feb 17, 8:28 AM
Have you seen the demon slayer season 2 pv? looks so dope man, im actually hyped.
Even tho i haven't even watched the movie yet, did you?

Weldope Feb 17, 8:22 AM
Yo, a lot actually, uhm wonder egg prio is pretty good, mushoku tensei (even tho i hate isekai shows) im really enjyoing that, also beastars, slime, dr. stone, quintuplets, horimiya, redo of healer (LOL), re zero and aot.
And man they fuked up the promised neverland, big sad.
What about you?

Username Dec 31, 2020 4:14 PM
Good thing about Nioh is you can start a ng+ and still go back to ng.. legit just start bullying the ng enemies lol, and yes for sure, just hmu on psn whenever