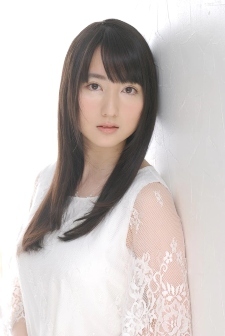 Tomomi Mineuchi announced on Sunday on the I'm Enterprise agency website that she's retiring on December 31. She did not specify the reason for her retirement in her final statement but mentioned that she will work with gratitude until the end.

Mineuchi made her major debut in 2018 as Eiko Tokura in the Slow Start TV anime. Her other roles includes Ilulu in Kobayashi-san Chi no Maid Dragon S (Miss Kobayashi's Dragon Maid S), UMP45 in Dolls' Frontline and the Girls' Frontline game, Koi Yoshinaga in Slow Loop, and Hanabi Ichijou in the Scarlet Nexus game and the television anime adaptation.

Offline
Jun 2017
6933
I liked her roles as Ilulu in Kobayashi Maid-o Dragon S and Yoshinaga-chan in Slow Loop, so it's sad that she'll be retiring but I wish her all the best in her future endeavors nonetheless.
#3
RedChrome

When a young VA retires, they've either achieved everything they wanted to or they just don't see the future. Or they got married, but that's a separate conversation.

...welp, I hope Mica is able to find a suitable replacement for UMP45's role, especially as Exilium is coming out soon

Offline
Sep 2020
617
I love her voice as Ilulu and especially as Koi from Slow Loop.

I wish her luck to whatever she is now putting her life towards now.
#7
alex-vrtrx

Offline
Jan 2018
24
Ohhh, really young. Liked her roles so Im kinda sad but she probably has her reasons as to why
#8
Knighthammer619

Offline
Dec 2014
540
It's either she's getting married, she doesn't get enough roles, or she's transitioning to doing AV. She's "too young" for the first two, so...
#11
VivavideoUser2x

Offline
Jan 2016
356
honestly retiring after 5 years of work is such a mood.
#12
Anti-Username
Offline
Jun 2019
266
Very sad, her role in absolutely nothing memorable will be greatly missed. Truly a loss for the anime industry.

BTW isn't she supposed to do VA for Itou Junji: Maniac? Which is supposed to premier in 2023. Am I missing something?
Anti-UsernameNov 20, 8:15 PM
#13
misterreicchi

Offline
Jan 2017
457
Very sad news indeed. She's just new and I really liked her calm but cute voice as Ilulu and Koi. Wishing all the best for her.
misterreicchiNov 20, 8:17 PM
#14
Rinrinka

Offline
Dec 2014
18752
Well, good luck for her, she must have a very good reason to retire.
#15
DatRandomDude
News Team
YEEHAW

Online
Nov 2014
8763
Anti-Username said:
Very sad, her role in absolutely nothing memorable will be greatly missed. Truly a loss for the anime industry.

BTW isn't she supposed to do VA for Itou Junji: Maniac? Which is supposed to premier in 2023. Am I missing something?

she still has until December 31 and the Itou Junji anime is a Netflix anime, which comes out all at once, so she'll easily be able to do her part before it comes out in mid January, if its not already done.
#16
Anti-Username
Offline
Jun 2019
266
DatRandomDude said:
Anti-Username said:
Very sad, her role in absolutely nothing memorable will be greatly missed. Truly a loss for the anime industry.

BTW isn't she supposed to do VA for Itou Junji: Maniac? Which is supposed to premier in 2023. Am I missing something?

she still has until December 31 and the Itou Junji anime is a Netflix anime, which comes out all at once, so she'll easily be able to do her part before it comes out in mid January, if its not already done.

Alright, but from a logistical standpoint would it benefit Studio Deen to hire a potential liability?, also wouldn't her paycheck be reduced, in light of retiring?
#17
TohkaShidou

Offline
May 2018
3
I respect her decision of stepping down from this industry, she might thinking this is the end of my journey
Well i just wish her good luck in her new life
#18
Sarubadooru

Offline
Sep 2013
14
I really hope the retirement isn't for anything bad.
I'll miss her Ilulu, I was hoping to hear her again in that role, but I guess she'll have to be recast if we get any more Maid Dragon.
#19
El-Melloi

Erm, no. It happened to a bunch of former idols but not to seiyuus. Unless you consider working on eroge as such.

As for this case, most probably she just got some health issues. Pretty common thing.

Online
Oct 2017
16271
Liked her role as Ilulu, wonder why she quit so early.
#22
Curiouswanderer
Offline
Sep 2018
567
I’ll miss her as Ilulu-chan but happy retirement to her! ❤️
#23
Altruaer
Offline
Jan 2020
5
Sad, was a very big fan of hers after hearing her role as Kamome in Summer Pockets, which may become an Anime and need her role replaced. Seemed her career stalled for a year at times but she got some prolific roles and nontheless seemed very promising. I wonder if difficulty in getting roles played a part, all the gaps in employment too? Maybe something was going on during the gaps.

I thought she was a rising star among the new generation of female seiyuu, along with Konomi Kohara, Rie Takahashi, Akari Kito, Tomori Kusunoki, Kaede Hondo, Miyu Tomita, Marika Kouno, Maria Naganawa and likely others Im forgetting, I really thought she would become one of the regular seiyuus I would see being casted for the next decade or so.

Very surprising, I wonder why no reason given and why a date was posted. Retirement announcements among seiyuu, seem to come when they are completely removed from the limelight, usually years after their last meaningful role. Mineuchi-san is young and had many recent juicy roles, so really quite perplexing. I really wanted to hear her Eiko/Kamome voice more, not a big fan of the Ilulu/Koi one. Hope she will reconsider.

Offline
Jul 2017
9509
Tomomi Mineuchi, you did a great job as Ilulu and some others.

Once a rising star in a now heavily saturated female Seiyuu selection, it's sad seeing her leave this early and young, but full gratitude for what she has done.

You will be missed, and thank you.
#25
CataOrShane

Offline
May 2009
168
My first thought is illness so I'm hoping this isn't the case. May she not regret this decision and enjoy her life away from VA!
#26
GreatAide

Offline
Jun 2017
1184
there can't be a good reason for why you'd retire so early. or maybe there is. i guess we'll just have to live with the reason being permanently obscured
See All Discussions