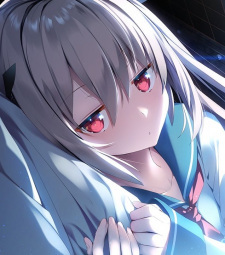 ReinIsAWeeb 2 hours ago
No problem<3

nightshadekait 7 hours ago
Sorry about that!! Where would you like me to send the cards?

Hibbington Feb 17, 4:21 AM
Thanks for joining The Anime Guild!
Currently were in the middle of our ED Contest where we rate the audio and video of each Winter 2021 Ending, here is a link to the recent thread - https://myanimelist.net/forum/?topicid=1898153

Is there drama? Oh yeah there is. Season 2 is my favorite entry in all of anime.

Hibbington Feb 15, 10:56 PM
Greetings Boazanian, I recently gave you an invite to a seasonal club called the Anime Guild.
But I do also like to interact with the people I'm looking to bring into the club.
The club consists of a lot of different seasonal activities from Power Rankings to OP/ED Comps to Seasonal Cards.
We also have an active Discord Server as well as annual events throughout the year ^.^.
*If the invite doesn't go through just message me about it*
So I notice you have Joshiraku in your favorites but you haven't watched Shouwa Rakugo yet, are you planning on every getting around to that show? 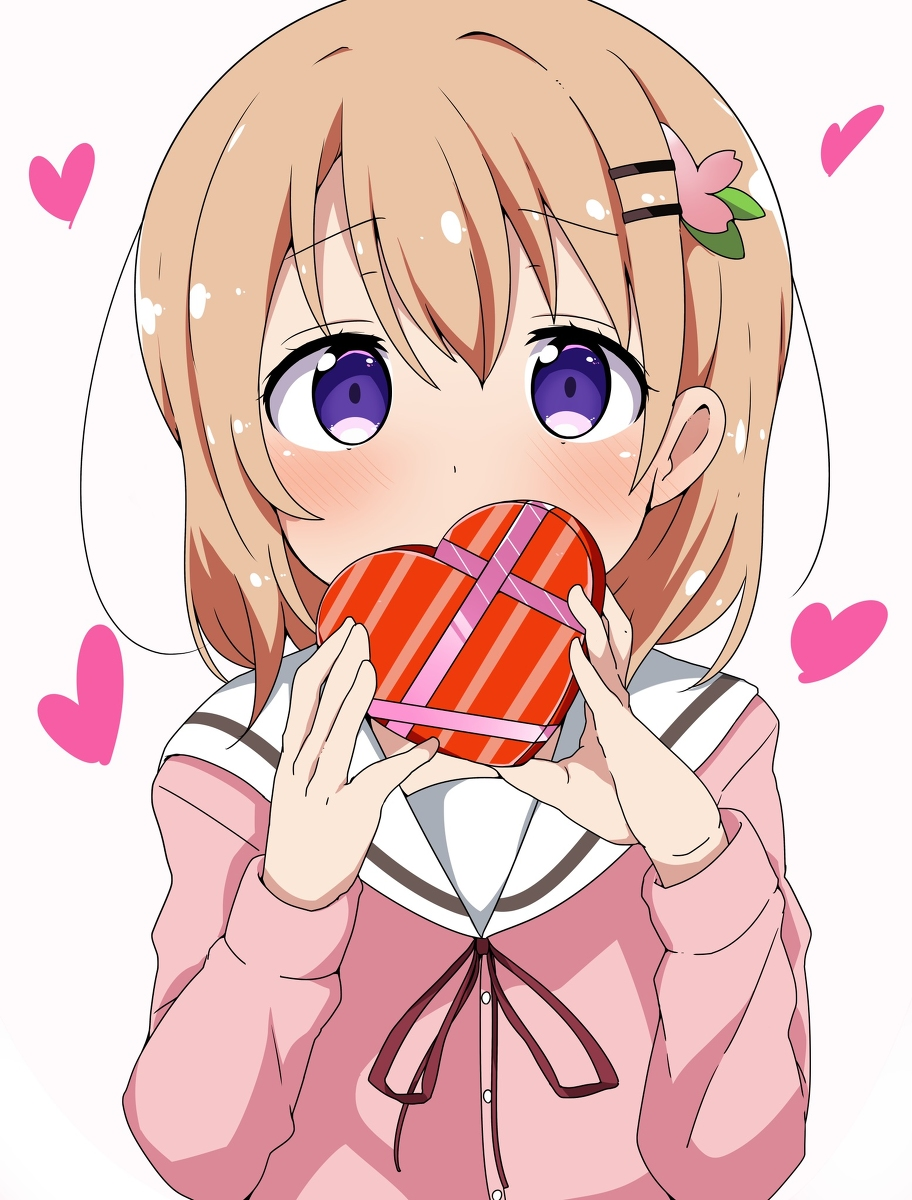 tl_dr Feb 8, 8:03 AM
Oh wow, didn't know that the Light Novel for Mushoku Tensei was such a long-running series! In that case, I just hope it doesn't end up like lots of other series, where there's one or two seasons being adapted into anime, only to then kind of just ... vanish? Things like Spice and Wolf or Hataraku Maou-sama!, or mangas like Nisekoi and Houseki no Kuni...

Back to Tomozaki: last episode was definetly also getting better again, I enjoy seeing the characters develop and I'm still looking forward to just how much the characters (well, mostly Tomozaki) will have changed comparing them to the beginning of the anime! Ah, speaking of, I just caught up on the last episode of Horimiya today (ep. 5), where I really gotta say, it was hella cute... I had kind of forgotten that part of the manga, since quite some time has passed since I've read it and it was relatively at the beginning too, but that episode was pretty charming, and it's also the starting point for more wholesome scenes in the Hori household! :)

I also thought about reading the 3-gatsu no Lion manga now that I've watched the anime, but to be honest, I think I feel the same way you do. I'm really interested in finding out what happens after 2nd season, especially with Hina now going to Rei's high school, Rei meeting up with his foster mother again, what further happens with Kyouko, how Rei progresses in the Shogi tournaments and so much more. I don't wanna give up my hopes for another season of the anime, but I do think I'll read the manga once it's really completed and there's still no announcement for another adaptation. From what I've heard it seems to be moving steadily towards the finish line lately though - dunno how true that is though. But speaking of, the friend I've talked about 3-gatsu and other Shaft stuff with also sent me a link to an interview with Umino Chika (the author of the 3-gatsu manga) and Shinbou Akiyuki (director at Shaft, for 3-gatsu, Monogatari, etc...), from 2017, which kind of talks about the initial hopes for the adaptation and certain aspects of the story and characters. I thought it was quite interesting to read, so maybe you might wanna skim through it as well, if you're interested and got some time. :)

I hope school stuff's going fine for you and that it's not eating up too much of your time. I've also got quite a bit of university stuff coming up and I'm trying not to get overwhelmed, as usual :P

tl_dr Feb 4, 5:18 PM
Yea now that you mention it like that, I guess you're right about people suddenly changing when bein transported to another world (well in general I just kinda don't like isekai that much since most isekai stories could also work [better] without the isekai element, if that makes sense?). A couple of friends have recommended it to me by now as well though, so I think you're probably right to urge me to watch it as well; I think I'll catch up on it once it's done airing! :) I also read that the studios for it, or rather the planning for the adaptation have been quite long-running now, and if people are willing to put that much time, effort and dedication into something, that alone should already make the watching experience worthwhile! And speaking of, I like character growth stories, so I hope it'll be able to convince me, the same way some other anime did. I think it's good you mentioned that not every story has to flesh out every mechanic (like Majo no Tabitabi did with its magic system), since sometimes that can even lead to even more "unsureness" about something (like, why does the magic work that way and not that way, they did this here once why not do that here now...? etc).

I felt the same about Jaku-chara, after the 4th episode. I liked that it's actually noticeable how the main character changes throughout the show, and that he grows as a character to be able to defend his own favorite things (Tackfam), and even step up to cover for the blonde guy who'd spent "so much time working to get better". I think that was good (geeky characters can be pretty fun at times, I mean Saekano's Tomoya was really great), but it just got pretty hard to bear once Tomozaki started shouting for like 2 minutes straight. I think it's OK to get into a "heated debate", but after him just being loud for so long I felt my "immersion" drained, cause like, if somebody was shouting that loud in such a room at such a distance towards other people, I'd just plainly feel uncomfortable and worried lol. Dunno if I really got my point across about it now though. I'm still sticking with it though, maybe it'll get back to being better, it's only still 1/3 in up till now.

Horimiya, like you said, is quite OK, it looks good, the character designs match the manga quite well, there's nothing really wrong about it. But to be honest, it just doesn't hit me as much as I would've wished it to. I mean it's charming, but dunno, maybe it's just cause there's no real "development", things just kinda happen? Other romcom stuff like Oregairu, Toradora, Sakura-sou, Saekano were just more... enjoyable, I got more immersed with the characters there?

The spider anime's more like dumb fun I guess. Like I said I don't really like isekai that much, but this one's just my spot for randomness? You're not missing anything though. The Dungeon boonies thing's kinda funny as well, although I hope that some story's still gonna come up, cause there isn't really much essence to it as of now? The voice acting's definetly pretty good though, the animation looks fine as well and the sound effects have got some kind of pop to them.

Oh yeah, I'm also kinda hyped for 2nd and 3rd season of the Shield Hero. I have no knowledge from the novels/manga there but I'm interested to see how the story will go on. Haven't gotten into Bleach yet, I mean it's one of those really long running shounens - some 360 episodes + movies, etc. right? But a friend of mine's also really hyped for the upcoming sequel! The Oregairu OVAs surely gonna be enjoyable (I liked S1 and S2 OVA quite a lot as extra side stories), and there was even some kinda announcement for some other project: "Yahari Ore no Seishun Rabukome wa Machigatteiru. Ketsu (結)", where there's no information really available. Is it a game, another anime adaptation, another novel, who knows?

I still gotta catch up on Kaguya-sama (pretty high up on my PTW priority right now, as well as Re:Zero) and Kobayashi, where another friend of mine's also really hyped for. But Kobayashi's gonna air some time around summer, I think? So I guess I still have some time with that :P

I've also seen the announcements for 86 (looking forward to the Hiroyuki Sawano soundtrack) and The Detective is already dead (I think I wanted to start reading the manga recently and was surprised to see the name pop up suddenly as an adaptation). RoR doesn't ring any bells though - ah wait, just looked it up again, it's "Shuumatsu no Walküre" haha. Yea I heard the manga's pretty amazing apparently, looks interesting as well! I've got no experience at all with Gacha Games or adaptations there, but I'm hoping you'll enjoy Girls Frontline. Dunno how well game adaptations work out usually :)

Oh by the way, I wanna mention I finished 3-gatsu no Lion 2nd Season now as well. I wrote a pretty long post about my thoughts to another friend recently, but to some it up, it was just amazing, brilliant, overwhelming, moving, fantastic, idk. If I'm sure about labeling one thing a masterpiece, I'm pretty sure 3-gatsu no Lion deserves that title. It's just so unique in so many ways and has so many things going for it...

Anyway, thanks for the replay earlier, sorry I didn't get around to replying earlier, I usually take quite some time to write these replies. Hope you're doing well!