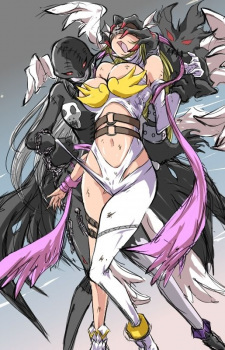 nuiest Apr 17, 7:02 AM
Hello, nice to meet you!
To be honest, I wouldn't be the Evangelion expert that you're searching for, unfortunately. I've only watched the Netflix series, so I wouldn't be able to give you an honest recommendation ^^;

Testarossa will get her full apperance in volume 11. The latest season covered up to Volume 6 iirc so there is still quite some stuff that will happen before we get to see animated Testament

Btw, hope you get to go to an anime convention one day, they're lots of fun :)

Brezovik Jul 15, 2021 1:31 AM
I like it because I love op main characters but the think that side characters are almost irrelevant and romance is nowhere to be found except like the last 5 chapters makes me nervous because it could go the way that nothing interesting is gonna happen except sung clapping everyone and the story ending.

Things are truly terrible. But I still have anime :')

My current favourites are just a rotation, for the sake of FG threads, of course. :)

I personally didn't find much similarity between Vivy & Violet, but I'd definitely suggest that you watch Violet. It's my favourite drama/tearjerker series as of now & probably the only series of that archetype that has very consistently got me in the feels. It's one of those one of tgose series that I'd say know how to do "emotional manipulation" well in a subtle & vibrant manner instead of doing that in a heavy-handed manner. I recently re-watched the series & even in my re-watch, the series moved me to tears just like the first time I watched it. I'd recommended the series to anyone. It does have some great action scenes in the latter-scenes in its latter half, but that's not the main appeal of the series.

JesusSaves May 28, 2021 1:05 PM
Well, after watching a couple of episodes, imo it was enjoyable and heartwarming. So it's a big improvement I guess lol. Again, it's only my opinion. And I haven't watched fairy tail so I don't know the difference so...but so far I'm enjoying the series.

Well, I see Erza in your favorite's :D

I'm not up to date with the recent Tower of god, maybe around 6 or 7 months ago the last chapter I read. if i recall correctly, there is still no official announcement about when the second season. whoa, the anime adaptation is so far away for the current arc story and it pace kinda rushed.

Ah I never heard about a spin-off or sequel for Grand Blue. I'm already glad for the current series actually. It's a really good series with a lot of laughs.

Well in what I know, Chainsaw Man is pretty popular series and that's also JJK. I dont expected that much for the adaptation though, if it will be a short story I doubt the story maybe kinda rush. Yeah in Chainsaw Man there are some waifu character materials like Makima, Power and Reze. JJK I still haven't finished watching the anime and I have it in my PTR list so I dunno about waifu characters.

Who is your profile pic girl?

ShioNobunagun Apr 17, 2021 3:25 AM
if I had to guess she will appear around episode 7-12 in the anime, I bought up to vol 7 of the manga. Homura appears in the end of volume 3 I believe. The anime
right now is almost done with vol 1

Ren-sama- Apr 8, 2021 11:01 PM
Hi nice to meet you too!! Tensura Nikki is about what Rimuru and the others do in their normal lives.I cant rate it yet but the first episode was kinda relaxing and the animation wa a bit different yet nice. I wonder if we can follow each other on Instagram. I just started using it but I want to have more friends. Can you please consider it?
https://www.instagram.com/naren.kun/

b1ess3d Apr 7, 2021 12:13 AM
thank u for the recommendation! Mushoku Tensei: Isekai Ittara Honki Dasu is already on my ptw list, so imma surely watch it someday:) also, ive watched saiki k on netflix so there was no problem with the length of episodes

httpsWOLFGANGcom Mar 27, 2021 1:53 AM
You are welcome, your favorites are awsome and yes I plan to watch Mushoku Tensei because I heard a lot about this particular Anime.