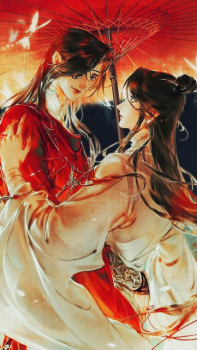 Xnovazero Jun 11, 1:40 AM
I came back K's fan. Because I realized again that I can't live without this underrated gem. No matter what anyone says, I don't care. I decided it.

Xnovazero May 5, 1:47 AM
What do you think my self-made collages? Please tell me your impression in detail. The former is Fictional Guys. The latter is anime which I "really" love.

Xnovazero Apr 2, 2:03 AM
I already know the news. I'm very sad and angry against this studio's sin. Due to this event, I quit K's fan because this series also revealed trance of some characters. I've been continued K's fan for almost five years. I loved everything of this series....until see this news. I was thinking this series is unique and beautiful but actually different. I deleted K's every data. Illustration, character songs, soundtrack, wallpapers, Blu-ray etc.
Yeah. This is true. Project Scard also don't get praise.

dandy-baby Mar 18, 4:00 AM
I just finished Great Pretender tonight and it was incredible! I rarely give 10's, but it was thoroughly deserving of the score. Haven't been that invested in a story for a while. There were so many twists and turns, it constantly keeps you guessing! As for Laurent, I reckon he's bisexual. I know you don't watch dubs, but jfc his English voice was so damn suave. Loved it. Fitted him perfectly.

Oooh, I don't know! I've still gotta finish reading the last few chapters. I was powering through it, but I've gotten sidetracked with other things these past couple of weeks. I'll let you know my thoughts!

I got round to completing Number24 last week. I was struggling to get through it by the end because I had lost interest. I found out a few days ago its getting a straight to home release English dub, which I thought was kinda random. Doubt I'll bother re-watching it, but I might check out the first episode (to see how it turned out) if someone uploads it online.

I watched Yes ka No ka Hanbun ka the other night and I was really enjoying it, until the end.


For the most part I try to ignore that garbage, overused trope; but the dialogue alone made for an uncomfortable watch with the number of times the uke said 'no' and the cringy, victim-blaming kinda comments the seme made. Someone in a Facebook group that I'm active in posted about it. I was the only one with a not so favourable opinion. Every other female was like "Ohh, I watched this... it was cute!".

So glad you finally got to see the Given movie! Ahhh, I know what you mean... I wanted to wring Aki's neck too, until he actually calls it off with Ugetsu then goes and says this to Haru. I'm like "Oh my heart!" :')

I'll defintiely add Hirano & Kagiura to the PTR list. You've got me intrigued by saying they're even sweeter than Sasaki & Miyano!

horridhendy Mar 13, 1:10 PM
Oh, I've just realised that I've heard of Sasaki to Miyano - it's getting an anime adaptation that I'm really looking forward to - it's looks really cute :)

horridhendy Mar 13, 1:08 PM
Thanks for that info! It's typical isn't it, I had been waiting for that anime to come out for what seemed like ages, checked on it several times and then forgot for a while and that's when it came out. Well, I know what I'll be watching later at least. You're right - the Umibe no Etranger manga wasn't really anything special, I did like it and the art style was lovely but I really loved the sequel Harukaze no Etranger - it's miles better and it's proper BL slice of life which just shows a fairly conflict-less day to day life of a couple already together. It's lovely to read I think so I'm hoping the adapt the sequel into a movie but I doubt it'll happen.

Happy to have recommendations - I'll add them to my Plan to Read. I don't get the chance to read much manga at the moment, since I'm pretty busy with work, life stuff etc. but it's always good to have ones on the back burner to read once I get chance :)

Yeah, Hanako-kun is so cute. I love his character design. That's another manga I should really pick up but I'm holding out for season 2. :)

horridhendy Mar 13, 10:55 AM
Thanks so much! I used to change it all the time but I'm pretty happy with this version so I'm sticking with it! :)

Yeah, I do love BL...some of it anyway. There's a lot of bad stuff in the genre but when you find a good one, it's great. Looking forward to the Umibe no Etranger movie when it's finally available, shouldn't be too long now. Hope they do the sequel too.

dandy-baby Feb 28, 2:47 AM
Yup, there's not all that much romance in the anime. Mostly just her 4 dude harem (plus a girl) fawning over her, while she fantasizes about them all over each other... lmao. I actually love a good straight romance, but more so the ones where the characters are open with their feelings for each other and there's, ya know, actual progress. I despise the typical tropes that are overused in romance anime, like the 'clueless chick magnet' and 'all love is unrequited'.

Yusss, definitely watch it... would love to know your thoughts! I haven't yet seen DRRR (it's on my PTW) or Great Pretender, which is constantly staring at me on Netflix and I'm like "soooon"... but now I'm gonna be looking at those characters you mentioned through different eyes... heh heh

I didn't see the Maou one, but I did see the Gal one. I remember laughing at the god-awful title. I heard Crunchyroll got in trouble on Twitter for a poor English translation of the title, which caused offense or some bullshit, IDK. I'll check it out because I'm a degenerate, but yah that tasteless smut all the time is just so... yawn. The one I'm hanging out for is Sasaki & Miyano. Speaking of which - I'm up to chapter 33. You weren't kidding when you said I wouldn't be able to put it down! Oh my goshhh, I'm getting cavities from the sweetness! Sasaki is such a stand up guy. Poor dude is absolutely overflowing with feelings he wants to act upon, but never tries to pressure Miyano AT ALL. <3

I take it you haven't had a chance to check out the Given movie and TBNF yet?

dandy-baby Feb 21, 2:29 AM
Haha, that's so awesome! Would have loved to have watched anime in class, I might have bothered to actually pay attention. Alas, when I was in high school, Pokemon and DBZ were the extent of mainstream anime... ugh. Nowadays kids are watching Cells at Work in biology class.

Ahh, you totally need to watch KHNM! I've seen it a couple of times. Kae is so damn relatable (except for the drastic weight loss in a week... lmao) for us fujoshi. The anime isn't complete, so I had to read the manga afterwards. She does end up with one of her 'harem', but thankfully it's the sweetest guy of the bunch.

And yessss that kiss! I never thought about it, but it does make you wonder why Victuuri was censored. Did they want to leave it open to viewer interpretation? I would have expected censoring in an older anime perhaps, maybe not so much in modern anime. I thought they were more tolerant of homosexuality in Japan these days?


Speaking of viewer interpretation, here's a fun fact. Tiger & Bunny (my No.3 all time fave, which I see is on your PTW) is filled to the absolute brim with HoYay moments between the two main characters. Their relationship comes across as ambiguous at times. One of the producers was quoted as saying "If you think it's romantic, you're correct. On the other hand, if you think it's a bromance, that's also correct." Funnily enough, when I watched it the first time I saw it as a bromance (though they did ping my gaydar on occasion) but re-watching certain scenes I'm like "This is rather gayyy"... lmao. You must watch it!
Ehhh, I suppose there is no right or wrong term! Even though they're dudes I'd still refer to it as the 'damsel in distress' personality type. I love it when guys show their vulnerability, but these BL character tropes take vulnerable to a whole new level; ultimately turning the character into a spineless wimp who waits for their manly-ass Seme to come to their rescue. Ugh, nope. Not a fan either.

Which BL have been newly announced? I've seen the entries for the Chinese one and Tokyo Babylon, but I might have missed the others? I'm all for new BL! But IKWYM, some wholesome Shounen-Ai would be nice for a change.

dandy-baby Feb 18, 2:51 PM
I know what you mean. I'm not huge into the franchise these days, but it will forever hold a special place in my heart. Super cool though that it inspired your career path!

Hahaha, Kiss Him not Me... yessss!! I swear, Kae Serinuma is my spirit animal. Any time two dudes are in each others faces I'm whispering "kisssss"... lmao. I remember watching Special A and one of the dudes actually kissed another. To be fair, he had a split personality and was in 'bad boy' mode when it happened. But he's like, an inch away and I'm going "come onnnnn"... and it happened. It actually happened. Holy shit, it caught me so off guard... cue my fujoshi screeching!

He hasn't read any BL manga and I doubt he would! Ah yes, the main uke right? His current partner's former lover kept getting in the way which created some issues. The problematic one ended up finding love with someone else (there was a movie about that couple) but yeah, the main uke had a wimpy 'damsel in distress' personality at times. I could see why it would turn you off... lmao

Ummm... I wouldn't say it's a 'cryfest' but there's some really heavy stuff that happens right at the end of the movie, including a rather heartbreaking flashback. I'm desperate for the sequel! It's been about a year now since that was announced. Apparently the OVA is meant to be coming soon, but with all the delays nowadays, I'm not really holding my breath.