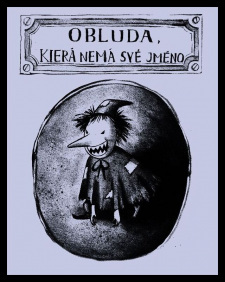 CodeBlazeFate Jan 20, 4:31 PM
Bro, you come up with some wild conspiracy theories. Plus, they found ME after I stared actually caring about media literacy and analysis. I'm significantly more well-adjusted (socially and especially mentally) than I was back then as an edgy 14-year-old contrarian who didn't even have a MAL acc yet, or even the 17-year-old who had unhealthy fits over Hand Shakers after enough headaches and instances of vertigo. Now I care more about the production and history of works, and about getting as close to an understanding of a work as I possibly can (not that the latter I didn't care about before, I'm just better equipped to do so than I was over half a decade ago lmoa)

Visually, yea, tho the quality is more in the marketing. I think that correlation works best in regards to a work dramatically declining in popularity as it continues, tho that;s for obvious reasons.

Nah, Kirito legit just jumped around, as none of those experiences got any actual time or space to sink in or be explored with how the stories just jumped at light speed and how shit like his trauma over any of his Aincrad experiences all being added in Gungale-onwards rather than coming about in Alphein, the arc immediately after Aincrad, where it would make the most logical sense to start actually exploring some trauma rather than making up new events as they go which never happened or had any hints to up until a flashback. Plus, Thorfinn's whole point was that after witnessing enough awful events to accept that his path of revenge is both a heinous path and the only one he has, his stubborn refusal to go about it any other way or even break from it leads him with fuck all and now he has to pick of the pieces. We see it unfold naturally. Canute's is a bit more of a stretch given that while the seeds were planted, the bulk of it really did come out by the end of one conversation and conflict.

CodeBlazeFate Jan 20, 4:14 PM
Yeah I can't deal with time travel bullshit, also you do remember what my fav show and a significant chunk of my favs are, right?

It seems genuinely compelling but ofc given the sheer hype, I'm tempering my expectations like I usually try to

Still more natural than any of Kirito's "developments" across the first 1 & 1/2 seasons cuz Reki Kawahara had to insert all of that shit retroactively up until Mother's Rosario-onwards, and the motivations and trajectory of the former two are still well-explored, whether or not you agree with or even understand them, as most Thorfinn haters just flat-out don't.

CSM just looks engaging and fun. That's all I really need, tho if it's smth more, I won't deny it. Never have for anything (not since I was like 14) and I'm certainly not planning to do so anytime soon.

CodeBlazeFate Jan 20, 4:02 PM
Thorfinn and Askeladd are far more compelling and well-realized characters by a country mile. CSM actually feels like a work that's fun and genuine, unlike, say, KnY. I don't tend to give a shit about plot in a non-plot-heavy show and SF doesn't seem like a very plot-heavy show. Still, better than the dipshits crying about Kaguya 3 being "half filler" when much of the first half was resolving plot points from the previous season LMAO

ngl Cyberpunk sounds like smth I'll like a lot, I don't see a world where I watch Summertime and end up liking it, so imma just avoid that one.

In any case, I've barely even been watching anime, games are where it's at for me rn, outside of doing YT shit across 3 diff channels.

Vinland is significantly more intricately written and well-produced than those first two. I know CSM is gonna be hella good, I can tell and already got the whole Part 1 manga ready to go.

Spy x Family is prob gonna be good fun, 7 for both seasons most likely. AoT I'll...eventually get to...when they get to the final chapter in 9 years.

Bocchi is huge on Twitter and Japan but I guess outside of that hasn't caught on as hard but that one looks hella good, and Kaguya 3 speaks for itself by more or less ending the year prematurely while Mob 3 is still banging.

CodeBlazeFate Jan 20, 3:41 PM
They needa make more good popular stuff like what Spring and Fall 2022 have been feeding us, then we'll talk. Good thing we also got Vinland Saga rn to keep the good popular anime train afloat.

If I wanna be EXTRA funny and haterish about my genuine feelings, early RWBY > some of the worse popular anime I watched.

Damn, I'm the anime equivalent to a republican or some shit now

CodeBlazeFate Jan 20, 3:08 PM
wdym you don't support critical thinking and understanding both a work's executions and intentions, and your taste in relation?

CodeBlazeFate Jan 20, 3:01 PM
I'll remember u as one of my biggest supporters when I become an anituber with a remotely decent sub count

smeurebreud Oct 15, 2022 1:48 AM
i am glad we agree. i also don't understand the point of being so dishonest. i don't think anyone would believe something so blatantly untrue. only extremely stupid and gullible people, or his friends (if you make a distinction between the two) accept such a gross lie.