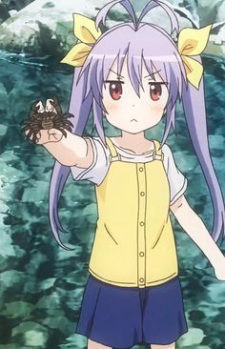 yup and again no rush, these text walls take time, i should come up with a profile synopsis again, might be back on MAL tomorrow

AmuletHeart24 Aug 15, 3:49 PM
Sorry for the late reply, I haven't been as active recently due to other things going on :(

I watched about two episodes of it, although I did put it on hold and might go back to rewatch it. I hope that I can actually sit through it >.<

The_Shinjinator Aug 9, 3:23 AM
tell ya what im giving you this link as an apology

The_Shinjinator Aug 9, 3:16 AM
this isn`t some weird kind of revenge i just had a vacation and didn`t watch anime at all so i didn`t come here at all XD, but yeah im really sorry, just felt like if i even have to watch a second of Naruto on my vacation im gonna lose it, so i stayed out of MAL plus there`s my gaming backlog

but yeah don`t worry about it we still live in weird times, *sigh* over a hundred episodes, i`ve lost count of times i wanted to drop it, but i don`t really drop series, another reason im bitter watching anime i really wanna finish Gundam Zeta, but its not on any site to watch anymore, yeah i saw you finished Dragonball already, those lasts arcs are really good after all, Dragonball Z is one the worst series ever, and i say this as an old fan, Saiyan Saga and Frieza Saga are good i guess but after that... yeah im gonna try to power through Super for the first time XP

yeah :3, yeah he was doing it for his dad and the Yakuza, not because he wanted to, he certainly went full on Yakuza, but he just went way too fucking far, still gotta give him respect with how hard he fought to make it all happen though, yup i wasn`t expecting it from Hero Aca much less a shounen, but i think that just proves Hero Aca ain`t like other shounens, yeah to say the least its an incredible ost, yeah i gotta get back to reading it too, i remember how insane that fight was, yeah it really shows how much you care for a series when you`re willing to go out of your comfort zone XP, i did that with Black Bullet, reading a Light Novel for the first time, indeed Harems are just bad, you can really only watch them while you`re still starting out

AmuletHeart24 Jul 20, 6:42 PM
Hmmm what do you think of My Teen Romantic Comedy SNAFU?? I was trying to watch it and I just got really bored xD

Wormy01 Jul 20, 1:03 PM
ayyy i’m glad you enjoy it so far :D Also that’s cool! I know some people who don’t dare to try One Piece for the exact same reason xD I wanted to watch it for the opposite lol i love really long anime. It’s worth it imo!

I’ll get back to you on discord soon btw!