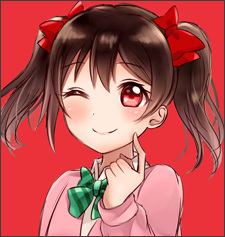 Have you watched Top Gear?

Igzeivy Aug 1, 7:50 AM
Veronin-san, I have two questions:
Is it true that lack of experience generates insecurity?
What is your personality type (MBTI)?

ThatguyStefan Aug 1, 6:52 AM
your list suck no taste in anime

StyleF1re Jul 31, 5:43 PM
Shoot! I really thought it was all over with Kanojo mo Kanojo and my cereal. I should've known better than that!

-ZASS Jul 29, 10:49 AM
long time no see. was wondering if you made any progress on tsui no sora remake and what you thought if it if you've managed to finish it. I assume you've been busy with the wedding and everything (congratulations) so even if you've made no progress I completely understand.

I was also wondering for a while, how did you read effectively ~30 million characters worth of text in only ten months, based on that blog post? you must've spent quite a lot of your day reading lol

You perfectly summarized what made such great series and most likely Adachi's strongest work.

StyleF1re Jul 25, 1:23 AM
So about Superstar, even nine years after the first LL aired I still see and feel the idol magic. Might not be as keen on strict all-female shows nowadays and Keke is a major curveball with her persistence and antics, but I still feel the energy and positivity this series brings. Looks like once again the brown/orange hair lead is not likely to be my favorite character like how things were in the original and Sunshine. Right now it's Chisato that's got me hyped up with her looks and personality, even though traditionally white- and silver-haired characters don't fare too well with me. That said, I need to see the rest of the cast and maybe some developments to see where I stand here. Show should be fun to watch regardless as long as it doesn't take itself too seriously and keeps a nice pace and variety with all the good vibes.

I mentioned about curveballs earlier. But what about this one? Had a random Wed off since a co-worker wanted to switch and needed Sat off to go spend her weekend in Vegas. No plans for the day, so I looked on Facebook Marketplace and found someone selling a PS5 for $700. It was used for a month, but probably not much by the looks of things so I scooped it up. Unopened box listings are back up to $800 here so I feel good. Been playing FF7R Intermission and I still can't believe how entertaining this game is even without a dedicated jump button. In the meantime I'll be waiting on a Hori Pad that's needed to play my sim-racing setup and also an adapter for PSVR use. Sony probably won't even respond to my request for the free PSVR PS5 adapter anyway, so I tossed $40 to someone and said "forget about it!" haha

Yoruuri Jul 23, 7:59 AM
Which baseball team do you support? And why the New York Yankees? Besides, why hate the Red Sox? LLOL

MeSsI-AKA-FERNO Jul 22, 6:51 AM
Yo Veronin! Quick question, so do you watch an anime multiple times before you write a review on it? I'm very curious

StyleF1re Jul 21, 1:09 AM
I'm still pretty bitter about it. Going to have another go with the cereal and an anime episode. This time it's LL Superstar, so stay tuned! I will elaborate on that show as well afterward.

Can't say I'm a fan of manzai comedy, but it wasn't too bad here because of how outrageous the whole premise is to begin with. All I can say is, I hope you have better solutions to problems than Naoya does if you ever need to make up with your wife. That stretch especially was pretty brutal! Don't even want to think about how much money that all cost him or even where he got all the money from...

And yes, interesting point to note there. Hopefully the two ladies do just that and give you some decent entertainment value at least. I'll be getting my fill elsewhere in the meantime! haha

Ronnce Jul 20, 7:05 AM
amazing review in Nisemonogatari!
All Comments