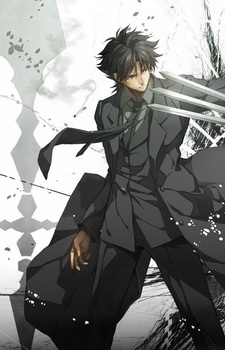 Kaddybear Nov 3, 2021 3:03 PM
No worries, I'm not regularly online anymore either after all! But it's nice to hear back from you! Uni's been alright, past 3 semesters were online only, but now we're back to in person lessons with the exception of one seminar. I'm at the flat and been here for the majority of time since uni started again.

Seems like a lot of people had a tough time after the second dose, but I'm glad that you were able to attend the wedding and that you had a good time there! I haven't been to one in a while, too, but next week my sister is getting married, so that's rather exciting. Hopefully everything will go well, I think she's already getting a bit nervous.

Glad to hear that you enjoyed it as well, definitely a fitting final for the movie series. I'm still debating whether I want to just read Jujutsu Kaisen or watch it, haven't really made up my mind about that yet, so for now it's on ptw.
I just finished re-watching Violet Evergarden today (watched it with my flatmate, introduced her to a bit of anime over the time we lived together). Also since my last message, I watched Sk8 infinity, which was a lot of fun. And Fruits Basket, which made it's way right into my favourites. It's a shoujo and I don't think you would enjoy it, but I really had a great time watching the series! ^^

Yeah, I get that, I haven't really found the time to watch all that much recently either. Hopefully we both can get back to it again once things quite down some more! And good luck with work!!

Ahh, no worries, it's always nice to hear from you, even if it takes a few more days ^^

CodeBlazeFate Sep 16, 2021 1:33 PM
Thanks! Not gonna lie, I wasn't thinking about the former nearly as much as the latter, though tbh I'll be lucky if I reach them by the end of the year lul I've barely been watching anything lately.

Surprisingly, same here. I hated the TV anime but was stunned at how I enjoyed Mugen Train.

Thanks! It's been...very turbulent IRL, both in good and bad ways, but I am making moves with some video making (editing a Carole & Tuesday video and I started a podcast with some friends). Hopefully things are good for you as well.

Kaddybear May 16, 2021 7:34 AM
Yeah, I've been at the flat for a while now! It's been really nice spending some time with the girls again, we've been talking a lot and it's really fun to have them around again. We also watched a few movies and I managed to convince them to watch two anime movies with me, Your Name and Weathering with You! I'm glad they were open to that, usually they're not really into animated stuff. Hmm, I can imagine. When I did my semester of business studies I came to the same conclusion pretty quickly, corporate culture seemed to tense, definitely not something I was interested in either. But it's good if you can make some new experiences either way!

Hope that all goes well with your second dose tomorrow! And that you have fun at the wedding, must be nice to be able to catch up with friends again there. I can probably sign up for a vaccine starting July, but with the semester currently being fully online anyways I don't mind waiting.

Definitely, though right now I'm in a bit of a nostalgia phase it seems. After finishing DN Angel, I watched the DoReMi anniversary movie and now I'm binge re-watching Wedding Peach, a series I am 100% sure you would absolutely hate, lmao. It's such a throwback to the past, I first watched it on TV in elementary school. Are you waiting for the English Dub for Heaven's Feel then?
I'm behind on manga again, but that always comes and goes. Maybe when I'm done with my rewatch ^^

I actually quite liked that twist in the story, even if the new characters won't be my favourite either. Wasn't all that happy with the end of the manga tho, but no spoilers from me! Wonder whether they'll keep the anime adaptation fully faithful for season 4 b.

Well, it's good that you enjoy it, that's what matters most after all! How's Jujutsu Kaisen going? I saw that you're almost finished, been meaning to watch that too since I've heard so many good things about it. Also how do you feel about the new madoka movie being in the making?

Thank you, the past two weeks I've been really lazy, oof. But my pentecost break is coming up, so that will be one week off to catch up on things again. Hope that you're doing well and that you and your family are all staying safe, too!!

I'm doing pretty alright. After the summer semester was a bit of a disaster, I ended up spending my winter semester mostly at home (since classes are online anyways), which I think was good for me. I'm going back to the flat next week tho, new semester starts on monday and I really missed hanging out with the girls. Hope you like the place! And that you two are getting along well living together now! Also congrats to your new job, how is it?

Still a bit chaotic. Things never got as out of hand, but the government has been a bit wishy-washy on their decisions. Which pisses off both sides, those for and against continued lockdown. We're way behind on vaccination, but I think that's mainly due to the EU trying to distribute things a bit more in comparison to e.g. the US, the UK or Israel who are all obviously doing their own thing. Doubt I'll be vaccinated any time soon, but I don't mind waiting, as someone who has the privilege to do everything from home right now.

I've finally gotten a bit more into anime and manga around end of february, I think? Not much to account for before that, but since then I caught up to the AOT anime and finished the manga yesterday, I've caught up on Yona and BNHA, finished Haikyuu (that was last year), watched the first two heaven's feels movies and will watch the final one tmrw! I also watched Re:Zero's second season which I liked. So overall a lot of continuations rather than any new franchise. I'm thinking of watching Fruit's Basket next, also still have one Haikyuu season open and I'm trying to rewatch DN Angel as the manga finally finished and I'm planing on re-reading it from start to finish (it went on hiatus in like 2011? So I need to start again rather than just reading the end, lol)
I actually read all of Beastars too! Havent watched the anime for it tho since I know the full story already. I feel like with Action anime, watching after reading is more appealing in comparison.

What did you think about the story break for the new AOT season? Also how's slime? Seems like a lot of ppl like it, but so far my interest in Isekai has been rather low, lol.

No worries, I'm glad you messaged me now. Hope things are well with you too, and greetings to Nico as well!! ^^

Could be, yeah. I get why these decisions are made (easy money, obviously) but if you really want a franchise to continue, I prefer doing for example a spin-off surrounding one of the more interesting side characters, also gives you newer aspects to explore in a way.

My older flatmate is back from England, it's been going quite well with us three so far. I actually talked to the one that i started the series with, that we still have episodes left, it's just hard to find the time. Not forgotten tho, but perfect point for this longer break at least.

Ended up having another longer break, but the whole pandemic allowed me to get back into it again this past month. I'm still keeping up with the Beastars manga, did you end up trying the show out?

AoT is not finished yet, it should be soon. But with only one chapter per month, things move slowly. We'll see how much longer it goes, new chapter should be out either this or next week!!
I've also used the spare time to actually catch up to the Detective Conan manga (which took ages), read some other manga, manhwa and webtoons, finished hero academia s4 and watched the first movie, watched the violet evergarden netflix movie and am about to finish Magic Kaito. Plus I watched season 4 of Haikyuu, absolutely hyped for the second half!!
Not sure what I'll try next, maybe the second half of stardust crusaders or one of my on hold shows.

I know we talked about that on discord already, but probably not the best time for work rn.
How are things going on your end with all that's been happening recently?
Hope you're well and maybe we can chat another time these upcoming days!! ^^

Inferno792 Apr 14, 2020 12:23 PM
This semester is gonna be a bit a bit different. They've said that we'd have the choice to disregard the result of an exam we give and it would be considered not attempted if we don't like the grades, and if we like them, we can keep em or something like that. Thanks! I wish the same for you.

Watching much anime during quarantine?

CodeBlazeFate Apr 13, 2020 12:37 PM
I have heard of how it wraps up and controversial the final stretch is.

Ehh, things could be worse all things considered, but I am missing what little free time I spend outside.

ShirayukiNoYurei Mar 7, 2020 3:43 AM
And I end up in a hospital shortly after lelz so really accept my sincere apologies for being away...

I'd like to watch Darwin's Game too, but I heard it's similar to SAO? Haven't watched any shows whatsoever for as long as I wasn't able to log into MAL tbh, hope to get out of the hospital in a few more weeks and start life off again ^^'

Yes, it is, thank you! I've been very busy the last month because of stuff like getting everything set up for my Master's course.