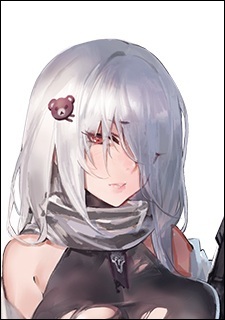 MadaraTempest Jun 12, 5:22 AM
Hey there, nice list you have there! Is the girl on front from an anime/manga or just from a game?
Have a nice day!

Royal-Guard-Reli Apr 26, 6:09 AM
Voidwalker, my god how long has it been? Glad to see the girl again with the PKP as well. Let’s get started! <3

Well, I’m off work till may15th due to the virus scare and let me tell you I’ve seen some things. People fighting over toilet paper. Literally, fist fights, over toilet paper. Lines in the store were to the end of it and I couldn’t take the stress so I’m out for a bit.

On more interesting notes, I went to Katsucon this year and did two panels. One on vampires in Japanese culture and another on Konosuba, well, cohested it at least it was very fun and I had a great time!

Otherwise, I made up with, rather, found closure with my first girlfriend I dated at like 16 who was the first person I opened my heart to, then they shot it, and only reinforced a great deal of the negative tendencies I had when I was younger and think I can finally let go of, rather, start to let go of. It was a very interesting experience.

How about you? I understand you’re down but are you fairing the least bit well? Some light at the end of the tunnel?

Royal-Guard-Reli Jan 29, 4:01 PM
Hahahaha same here. And same mentality my friend. Hey, try not to stay too alone in the void sometimes alright? Must be a lonely place there. Luckily I have a vacation on the 14th planned to Katsucon so we'll see how that goes.

And no, you're the cool one

So, how was new years and stuff anyway for ya?

Royal-Guard-Reli Dec 13, 2019 8:35 AM
The feeling is mutual. I'm in a weird relationship with someone that's so stressful and convoluted it feels like a shitty netflix teen drama special... But hey, my advice is, if you're not dead yet, sign you can keep going on.

Ear infection club? Yay. Can't wait to see what the VIP section is like.....

Royal-Guard-Reli Dec 1, 2019 2:29 PM
WOAH! He returns from the void. Your appearances are more inconsistent than the Skull Knight from Berserk...

How was my vacation? Hahahhaha, boy I miss when I was still on that stuff. I miss when my life was that simple. Ahem. I've uh been on quite a few emotional roller coasters to say the least. Let's just say, uh, well, I'll give ya one blunt but vague fact - basically a friend I have has been cheated on by their fiance they've been dating for 3 years and through a series of trials and tribulations, I helped them get over it - and now we're like best buddies so uh. . . yeah, more stuff in between but that's basically it. Otherwise, my vacation was fun but I get an ear infection - then went on the plane - and my ear drum ruptured. I can still hear (after taking around 12 antibiotics...) as it finally healed. One of my biggest fears is being deaf so that scared me...

I'm glad you're alive! How have you been?