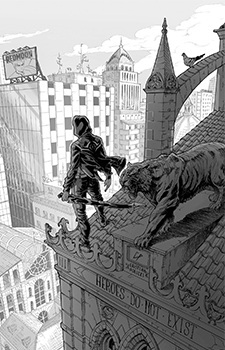 Nah, I think it's quite bad, I've seen better, but, don't let that stop you, it gets good later, but compared to other stuff I've seen which gets better later (like Homestuck) I think that this has probably the most generic and boring start, only saved by the "I guess good" arc that happens in the middle of the show.