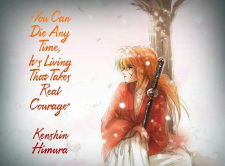 Ooowoahvictoria Apr 5, 1:04 PM
Yes! I'm so excited :) I do indeed! For me my rank is (from favorite to least favorite) 7,4,6,8,5,3,2,1. Part 7 is my personal favorite. Part 4 has a little bit of everything and I love the SOL aspect and Bites the Dust was an amazing arc. Part 6 was probably the most bizarre part in my opinion and had some really cool stands as well as Weather Report (he's my favorite character from Stone Ocean). Part 8 is pretty similar to part 4 in my opinion. In the sense that they both have SOL aspects in them. (I have no idea when Jojolion is going to end lol. It feels like we're getting to the climax even though we are 105 chapters in.) Part 5 is super action-packed and has the second-best jobro (Gryo being my favorite jobro) Part 3 is pretty good. I commend Araki on creating so many stands but the episode format for the most part was the same and it was pretty predictable. Part 2 was a fun watch with a killer op but, Joseph had so much plot armor! And finally part 1. Part 1 is not bad but, compared to the other parts, part 1 is truly lacking.

Ooowoahvictoria Mar 9, 7:48 PM
Well, I think you should start with the Kizumonogatari movie (I haven't seen them yet) and then I would start with Bakemonogatari.
This is the order I watched them in:

Ooowoahvictoria Mar 9, 7:25 PM
Oh okay lol. Well, it's extremely dialogue-heavy and some of the characters are vampires. Honestly, Monogatari is really hard to explain lol

Ooowoahvictoria Mar 9, 4:23 PM
It's not related to the Monogatari series but it is but the same person. Are you interested in watching Monogatari?

Ooowoahvictoria Mar 9, 3:49 PM
Yeah I saw that xxxHoliC was in the recommendations for Mononoke. Maybe I'll watch it after I finished Kaiba? I'm not sure yet. I also really want to watch Katanagatari. Have you seen it?

Ooowoahvictoria Mar 9, 3:28 PM
I'm actually watching Mushishi rn lol. I'm almost done with the first season. I'm going to a 7 or an 8. I do like Mushishi but I like Aoi Bungaku series and Mononoke much more.

Ooowoahvictoria Mar 9, 2:39 PM
I know right? I loved every arc/tale!! Ooo nice choices!! Okay cool, I mean I think Kaiba is pretty weird and I'm not sure what's going on but I do like it. Yeah based on the first ep it seems way more light-hearted than Mononoke. Okay, I'll keep that in mind. Are there any other shows that you can think of that are similar to Mononoke?

Ooowoahvictoria Mar 9, 2:00 PM
I'm glad you're enjoying it! Awesome!!! I think RoV is a great transition from Lotgh so I hope you enjoy it and I would like to know your thoughts of both shows after you finish them!! Yes!!! Mononoke was amazing!! The visuals were insane, the voice acting was spectacular, and the op omg...... it's amazing (I've had it on repeat for the past two days lol.) My favorite tale was the Noppera Bou or the Faceless one tale! It was amazing! Which one was your favorite? I was going to give Mononoke a 9 but that just didn't feel right. Mononoke was just too good for me to give it anything lower than a 10 lol. Me too :( I finished it so quickly and I already watched Ayakshi's Classic Japanese Horror already (the prequel). I started Kaiba yesterday and it's pretty good and I thought maybe it would be similar to Mononoke since they both have unique art styles but they aren't similar at all lol. Have you seen Kaiba?

Ooowoahvictoria Mar 9, 1:29 PM
I'm glad you enjoyed it!! I think you should definitely check out Rose of Versailles since it's extremely similar to Utena but it's a historical drama with some romance in it as well. (But I think Rose of Versailles is much better than Utena, especially in the second half of Versailles) It also often compared to Legend of the Galactic Heroes. I don't think the movie is necessary at all. It just shows Utena and Himemiya in their youth. It's nothing special. Ohhh I get that. I didn't mind those episodes because I thought they were quite charming but I can see why people didn't like them. Nanami is pretty annoying sometimes and she's painfully dense. I think those episodes were there for comedic relief and to show off her character in the first half since she was barely in the second half.

Ooowoahvictoria Mar 9, 1:10 PM
Hey so I see that you have finished Utena! What we're your thoughts on it?

Ooowoahvictoria Mar 2, 10:38 PM
I'm glad you liked it! I gave the first season an 8 as well but I've been thinking about bringing it up to a 9. While watching the first season it reminded me a lot of Kids on the Slope. The two main characters' dynamic from Shouwa Genroku Rakugo no Shinjuu and Kids on the Slope are very similar! And the ost is phenomenal! I hope you enjoy the second season!
All Comments