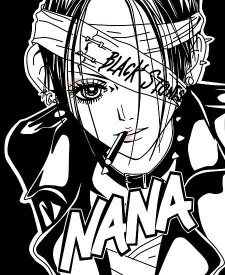 DigiCat Today, 6:39 AM
Seijatachiiii said:
shiki based as fuck

but why the old hxh? the 2011 version is better, unless youve already watched that maybe..?
Just felt like starting with the old one

groceries Jul 29, 11:56 AM
oh, or you could check out hitoshi tomizawa's other works if you haven't already

groceries Jul 29, 11:53 AM
idk, i'd say wonder egg priority??? they're both about magical-not-so-magical girls suffering trauma but the general vibe isn't similar :/
but in terms of vibes, there are a lot of psychological 90's/2000's ovas, i think, maybe one of those could work
i can't help, i don't watch/read a lot of things :(

UgleyCat Jul 28, 10:18 PM
I am studying civil engineering, mainly with the goal of getting into transportation planning. Since you are going to school soon, have planned what to study yet? If so, what?

UgleyCat Jul 22, 9:30 PM
I'm doing ok I guess. I'm just trying to pass my summer classes at the moment. How about you?

groceries Jul 22, 8:44 AM
holy shit another alien 9 fan thank u for adding me

PinkSnow Jul 18, 8:40 PM
oh yeah totally can do, i have really been on a retro shoujo kick so i'm excited to get to escaflowne

DigiCat Jun 30, 7:37 AM
Seijatachiiii said:
I think the first season of Re;Zero is better than the second, so I'm surprised you'd give it a nine
Season 1 definitely has some really good story telling elements, and i really liked it up to the last few episodes, but that last arc was a confused mess (imo)

Season 2, though it has a slow start, improves on things like pacing and keeps the suspence going rather than braking it up with episodes that are just the characters talking (biggest offender the ep. where Subaru and Rem are literally just talking to one another, standing face to face, in the exact same place, same position, for the entire episode, there was an interesting story and good character developement, but it didn't have to last the whole episode)

i luv ur profile as well!! Nana’s art style is so pretty ♡

DavidWilsea Mar 23, 5:24 PM
Amazing layout and list, can’t wait to see how you react to Legend of the Galactic Heroes!

PinkSnow Feb 18, 2:16 PM
I would definitely recommend Versailles no Bara, the animation is a bit aged since it was made in the 70s, but it’s really engaging and the main character Oscar is one of the best protagonists in shoujo. Plus it was a heavy influence on Utena so if you’re into that you’ll like it.

PinkSnow Feb 16, 3:29 AM
Hey thanks for your comment, I dig your profile! I'm doing well :)
All Comments