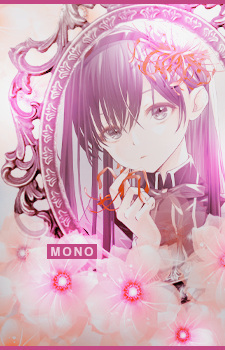 An island in the clouds

-Katekyo Nov 28, 12:13 AM
I appreciate your well wishes, better late than never. I hope everything is going great with you :D

Cosmictimespace Nov 16, 2:39 PM
Nothing much here. Just living life as usual.
I like the new profile theme.

SweetMonia Nov 9, 11:25 AM
Yes, so far, all my progress has been using free resources, and I was able to finish almost all the contents in it.

There's one optional part where you have to be so strong to finish, but you can play it at your own pace.

7cards Nov 9, 9:02 AM
Thank you for your kind birthday wishes

SweetMonia Nov 8, 4:01 AM
It's about a male & female twin that tavel between world, only to get attacked in by a female mage in one of these world. The mage takes one of the two twin away (the game let you choose the one you want). Now you want to find your brother/sister. It's a gacha game with a fun battle system. Despite its greatness, it's not without issues. The resources are a bit low, and it's hard to get certain characters if you're not a paying player.

ramynificent Nov 7, 4:40 AM
a school camp? what is that like or you mean like an excursion?
oh actually im not working next week so i have plenty of time on my hands to be unproductive again 😍

SweetMonia Nov 7, 3:13 AM
Hihi, I am well. I have been playing Genshin Impact lately. How about you?

krukrooo Nov 6, 5:54 PM
You're welcome! Thanks for accepting my fr btw.

IrrelevantGuy Nov 3, 3:33 AM
Thank you so much!
All Comments