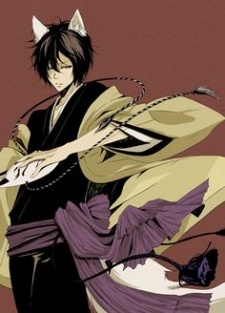 Playcool May 10, 8:08 AM
I mean, I had a fair liking to all the girls, had S2 on hold for many years, then come back to finish and see such a thing?!
Other people on the forums complained about it, on that discussion post, you only need to scroll all the pages. xD

I only gone deeper because i was baffled with it, it really is stupid retard drama, like I rarely see, incredible most people were able to feel just fine with it.

Playcool Apr 23, 6:20 AM
And it is not like the writer wasnt aware of it, he did such a thing on purpose to create more shock value, but there could still be drama and leaving me way less sour, if it was handled better, and there was some sort of communication between both parties, which was only expected, like didnt she loved him like crazy, and even if she didnt, she was clearly very fond of him after all these years, you just dont do something like that in such a context, and have a sane mind, common sense would ditacte the other party you negleted to tell like that, would feel extremely hurt and backstabbed, and at that point you completly destroy the relationships you had.

So the question, why do that, when you could just adress it with the person, let your feelings across and still go for it, but with this, no bad feeling would be lingering, so why? Poor SHIT writting to create shock on the viewer.
To me the end result is S2 ending is so insulting and disgusting, that I ended up giving it a very rare 4/10, despite the previous episodes being a bit better than S1 (which I rated 8/10).

I dont even rate most anime below a 6, to go below a 5, to call it bad I have to feel offended by it, which I did.
Thankfully Saekano Fine does a great job at ending the series, if the anime adaptations had ended on S2, would definitly have reccomending S2 to people.

Playcool Apr 18, 1:04 PM
I get that, but the writer there choose to do it abruplty just like that, no communication, in real life for such a situation, you usually would not find it like that, there would be direct communication, this is something between people that have a close relationship, for many years already, you just dont do it, then stay silent and let the other party found out.

That is, you would do it, if you were pissing off about him and wanted to inflict sweet revenge, otherwise NO.
Which is why I wasnt convinced and felt insulted by the whole situation.

animekid4 Apr 2, 12:15 PM
Sorry, I kinda forgot you existed. Anyways halfway through the show I gotta say, I love Nayuta. The fanservice isn't as overbearing as I expected, it's more the innuendo dialogue, which I totally love.

animekid4 Mar 21, 2:18 PM
I'll watch a few episodes this evening and let you how it goes

Playcool Feb 6, 9:59 AM
I was either Eriri or Utaha for the most part, it was not up until ep8 of S2 that I switched sides, and the fuckery the writter did just guaranteed it would remain like that till the end, and I just finished the movie, and that is to say, despite S2 shortcomings, I m happy final impressions for the series were this good, S2 definitly needed a follow up and the movie lived up to it and more.

Also, just noticed we chatted many years ago, like when I messaged you I did not realized I had talked with you before, lol.

Personally, I just don’t like the climax. Not for how it was presented or how it was written, but for how it hits me personally. It’s very hard to make decisions like that, and as a fan of the series; it’s an understandably bittersweet moment to witness because if I may be honest, I like the entire main cast; maybe Kato more than anyone, but I still like everyone."
I resonate with what you said, tbh I didnt read the full review, but that caught my eye, even if this is many years later, just wanted to say that, thanks.
To me, these last episodes ruined it all, the writter clearly had this idea, and he could have executed in a way that would feel way better, yet he choose the shitty way to create further drama and feels, and I just hate his choice for that.

I really hate waiting for airings and seasons, so I was off the series for a long time, and took too long to finish S2, coming back to binge it, foolish me, what a trap I had waiting.
This is definitly the right way to completely destroy the respect you had for 2 characters that up to recently, were your favorites in said anime.

It was a nice surprise, but I was not expecting that flashback to Alice's prima undine promotion with a 2021 facelift.

The final instalment, Aria the Benedizione, just aired in Japan the other week... I don't expect a BD release until months from now.. but I can't wait to finally finish this series once the BD is out.

It was announced years ago that the project after Origination was going to be a little trilogy; Avvenire, Crepuscolo, and Benedizione.

Benedizione will probably be as short as the other two but it focuses on Himeya company, and we'll have access to it in 2022 or 2023

Decoys Sep 5, 2021 9:36 AM
Well yea, Cepsucolo is part of the Blue Curtain Call trilogy after Origination.

So we have Avvenire, Crepuscolo, and finally Benedizione which is set to air in Japan sometime in December, then the rest of us can see it when the BD is released