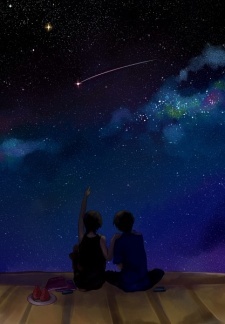 -mikaela- Apr 29, 9:32 AM
Finally, someone who enjoyed Shinsekai Yori like myself. That Anime is like tailormade for my taste, to this day I'm search for something similar, but I found nothing. Great review.

Enivlens Feb 22, 2:18 PM
Oh man, you have such great taste! You really know how to find the good stuff!

PyraXadon Dec 16, 2021 10:13 PM
Dude, I can't wait to just say goodbye to Aria. Like don't get me wrong, I do love it, I just want to peacefully let it fade into a treasured memory. And oddly enough the movies slightly kill my vibe of that, lol.

PyraXadon Sep 5, 2021 11:44 PM
Oh my god there's ANOTHER one? Damnit I wrote my retrospective too early. Well. No turning back now.

PyraXadon Aug 29, 2021 4:16 PM
Lol, yeah. Honestly it's about the same to me as Avvenire. That's to say not bad, but everything after Origination feels more like an additional afterthought for fanservice than anything else.

PyraXadon Aug 28, 2021 2:24 PM
Aw man, you're really gonna do me like that huh? Haven't even done a retrospective of the entire Aria series and in comes a new entry. I'm gonna need to be in the headspace for this one.

PyraXadon Feb 2, 2021 6:20 PM
To be fair, MonMusu's manga is already uncensored anyway, so it's not really that different, not by a long shot. And if the show is supposed to be about tits and ass, damn right I want that. Otherwise what's the point, and Japanese censorship is so overboard it's like, "What's the point in watching it if the entire scene is blurred?" But yeah, I've sort of fell in a comfortable number of shows per year. There's honestly too much to watch, so I'm forced to make seasonal cuts in order to make it possible for me to actually finish and write about the shows, and attempt to cut out as much crap as possible.

That being said, the yearly P.A. Works show is still weighing my brain down but I'm going to keep on that train despite my genuine distaste for some of the writers they bring in, because holy fuck, just retire already, Jun Maeda.

ChilledCat Jan 31, 2021 5:37 AM
Really loved your review of the anime Bokura wa Minna Kawai-sou, spelled everything i felt about the show. A pity it didnt get a second season but I picked up the manga and it has been really fun!
All Comments