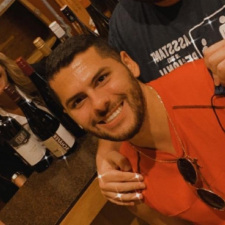 Sygrain Jul 1, 2021 4:41 AM
Hey man! as I was going through MAL I randomly ended up on your profile! and what a coincidence.. I also wasn't into anime until I watched Fairy Tail.
Like I was watching rarely from time to time but that show is what really made me love anime, I'm glad we share something in common. 😄

ManiTaku94 Aug 7, 2019 6:45 AM
I have a hilarious series that's underrated, it's called KoshiKame, it's about a cop named Ryotsu Kankichi whom is trying to make a living in his work as a cop, but due to his recklessness in damaging property in the neighborhood while trying to catch a criminal, his money ends up being paid for the property he's damaged every time. Lol

Dragontie101 Aug 18, 2018 2:39 PM
I apreciate your completely honest review. Most people either fan boy or talk trash all over. I just want tho know if it was enjoyable I am a simple man.
All Comments