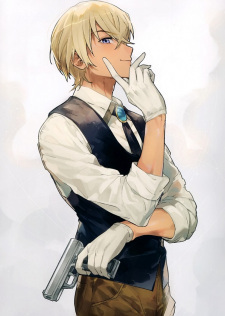 CrimsonCW Apr 25, 11:30 PM
I honestly wouldn't view that as any sort of accomplishment. No one but you would care and if it's that's bad, I doubt it has much value.


Of course, no one sets out to watch something bad, but I would think anyone with the no drop approach would also probably be open into giving most things a chance. Despite having a radically different viewpoint, I'm also the same in that regard, and so I've given way more series chances that I should've. Both because they DID sound interesting or at the very least piqued my interest. That still didn't stop them from being some of the worst garbage I've ever seen.

And in those cases I even DID watch them mostly to completion or even finish them from sheer naivety and I can honestly say I gained literally nothing from watching to episode 25-26 vs if I had dropped it at episode 2, where I should've.
Not a literal thing and I didn't feel accomplished at all. Just annoyed.

CrimsonCW Apr 25, 8:22 PM
I truly don't understand this "no drop policy"; you know you have no obligation to watch something, right? Why would you possibly want to waste your time on garbage?

345EdwardElric Mar 7, 9:22 AM
No problems, just feel free to message me whenever you feel like, I always like discussing about anime & stuff with others. :)

Anyways, coming to the point, I wouldn't really say Oregairu Zoku felt like an end to the series, cuz as strong as the ending of Zoku was, it leaves an sense for ambiguity as well, cuz we still don't get to see how Yukino goes on resolving her issues after she gets her own ways challenged/questioned by Haruno & her mother. The long time she spends alongside Hachiman & Yui after that in the last couple of episodes of Zoku, probably does give us a strong feeling that through all of that she figures out how to deal with her issues, but until we get to see how she does all of that, the show doesn't give us a feeling of completeness as a whole. Cuz in that case, we'd be left thinking like....how exactly did Yukino go along solving her issues that were strongly questioned & bought forth by Haruno & her mother? Zoku's ending did works well as an ambiguous one in context of a sequel where we get to see Yukino solving all those issues that were brought forward as a question in Zoku.

And I believe Kan provided an good answer to this. As much as the Prom arc gets a lot of hate in general, that arc was the one provided an apt answer to the questions Zoku left regarding the issues Yukino had, since the Prom was actually a means or rather an opportunity for Yukino to show her mother than she had sorted out her issues & finally had gotten her act together. People dislike Kan that much (from what I have seem from people around here mostly) because they felt like that Oregairu's strong outlook on various societal themes which it focuses on strongly in general, couldn't be felt that much during that whole arc; more precisely the complaint regarding the Prom arc mainly was that the show's outlook on several themes regarding society which underlines the main charm of the show, felt like it went missing at some points during that whole arc. That is something which I agree to an extent, since that arc did suffer from inconsistencies regarding this aspect, but the reason I still acknowledge the importance of that arc is because it did show very well how exactly Yukino went on resolving the issues she had, providing the answers to the questions we were left with regarding her character in Zoku. Hachiman obviously did play an instrumental role in helping Yukino's succeeding in doing all that throughout the Prom arc, in his "very own way" as we both know.....and this very thing I felt tied up really in establishing....


their ship towards the end of the season.....
.....which led to the beautiful ending Kan had which gave a proper & fulfilling closure to the franchise. And episode 10 did very well in conveying this via some subtle moments where we got to see both of them coming to the realization between their relative different views/outlook and the very connection between all that; through doing this effectively, I felt that the episode paved the way for a solid & smooth ending that not only feels fulfilling but also a proper thematic payoff in context of the outlooks the show had established. Which is why I consider Kan's ending to be the best amongst the 3 seasons which genuinely feels like a strong proper closure. Basically this would describe the reasons which is why despite some of the obvious issues Kan had, I found it to be a very successful season as whole which feels satisfactory.

Anyways, this basically overall sums up my views on Kan as a whole, the topic which you brought up, sorry if it was too long lol. 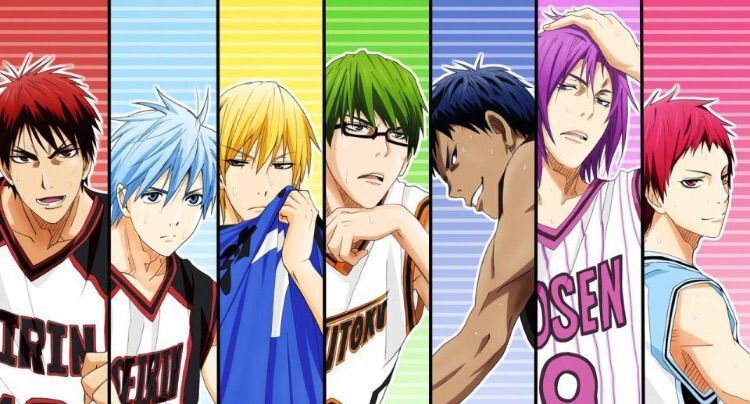 It's been going good. I'm busy with my last semester. I have an internship class. I haven't seen my brother for a few days since he is working on his senior project.

Actually I watched the movies for Kuroko's Basketball before...they are just recap episodes of the TV series.
The movies are a good refresher if you haven't seen the TV series for a long time. But it's just a recap. The OVAs are worth checking out though. The OVAs are just like bonus episodes.

This is probably my favorite one since it's a present episode :)
https://myanimelist.net/anime/31051/Kuroko_no_Basket__Saikou_no_Present_Desu

I'm sorry for the typo. Season 2 focuses more on Murasakibara and Season 3 on Akashi.
I fixed my typo. I would really appreciate any more sports recommendations for anime. I plan on checking those shows next.
I been watching Skate Leading Stars this season. But the story and plot is very predictable.

Hero_Mitsuru Jan 17, 11:16 AM
finland will get exterminated soon by my broddas dont worry

Danime Jan 2, 2:30 PM
Yeah i think there is too, i didn't mean to imply there isn't but i'm bad at communicating very often, and yeah i guess it's on hold, that's a feature i forget exists, with the 50/50 of whether i'll continue reading dependant on how short or long it ends up being i guess i don't mind putting it under dropped because it's either going to stay there or move to reading so it might save me moving it later on if it stays dropped

Moog Jan 2, 11:32 AM
You don't see Snusmumrikken much anymore! (or whatever you call him in Finnish...). Anyway, cool to see another Nordic person on this site.

Danime Jan 2, 9:36 AM
Oh wow that's exactly how I would feel and I had a rather hard time trying to explain to people the concept of not wanting to drop something even though it sucks JUST incase it somehow picks up and gets better later, or even if there's at least one good moment that i'll enjoy (even though i knew full well most of the time that there just wasn't going to be any good parts of many anime i'd start) it was like just in case I still have to watch it... pain... hahaha

fortunately upon swapping over the manga as my primary media that I spend my time on now that mindset hasn't followed me, I still make a good effort to finish stuff, but with manga it's a lot more like you never know when a series will just.. stop getting translated and you're forced to drop or you never know when a manga is going to end unlike Anime often having a set amount of episodes announced and that allows me some room to say to myself that i can't keep reading a bad manga for the rest of my life potentially so i'll drop it at least until it ends and if it's short i'll finish it then, if not then it can stay dropped haha c:

Brati Jan 2, 5:21 AM
Thank you for your help in searching the character I was looking for!
All Comments