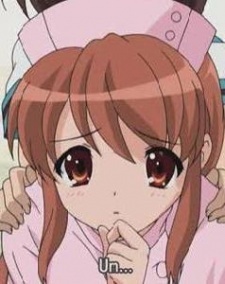 Doctor-Strange May 30, 11:23 PM
I was looking for a world were things were different When I had Christine were I was happy, but I didn't find it All I found was more us

RataKururugi Jan 18, 9:42 AM
HII, you seem like a really cool person. I don’t know if your comfortable but I would love to be friends, I’m also on the spectrum and we have many anime in common. Of course If you’re comfortable it’s okay!!

And have you ever played the novel of Shuffle?