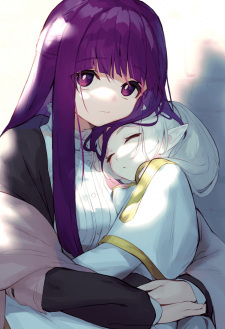 Mindnight Nov 28, 8:21 AM
i liked it
plus my bro choose the fire starter

Aleczandxr Nov 26, 8:33 PM
For sure! More in the style of Dynazenon would be amazing, plus the returning characters? I'm there.

animejas Nov 25, 11:08 PM
It was a few years back, before even the anime aired, but I read the series and then dropped it after 200 something chapters. Gave it a shot since I heard a lot about it and I did love some fighting content at the time - was a big wrestling fan at the time and a big MMA fan too. It just never clicked for me. Did give it a 2nd chance like a year later and somehow caught up to the manhwa but there never really was a good point for me with the series personally. I was searching a bit but never really found it, even till the ending phase. There are a ton, ton of bad series that I've finished and nowadays, for some reason I don't really like dropping much. This just happened to be one of them after I gave it a 2nd chance after hearing people I know buzz about the source to me and they were far ahead than I was when I dropped it. Curiosity got the better of me.

Mindnight Nov 25, 10:39 AM
getting hollow knight and thinking about fire emblem too

yea pretty much. I've just been exploring around.

Oh no im definitely moving up as much as i can every time.

oh dayum that's wild, what made you go there?
ok ill try that ratio this weekend.

there's a sale going on, so I've mulling over options
maybe nier

so far it's been cool, there's 3 paths you can choose at any time to do

well only in handheld mode, You should see some of the glitches that people found.
its pretty fun tbh, I've got no complaints

it's super buggy. No glitches so far, but it overheats my switch

going to look into it

SoftWind Nov 21, 7:11 PM
Ah ok, yeah i do 65 constintely 8 reps. but im surprised you can do so much after only 3 months. thats good progress. im not in a hurry to do the most weight as quick as possible. im just going with the flow.

ahh ok, you seem to know what you are doing with cooking. i could never. what country u in? u in europe? im american so i dont use kg.
thats actually good advice, i will try that someday. what spices do u put on the eggs, i actually bought eggs yesterday so ill try it.

a gym I mean
All Comments