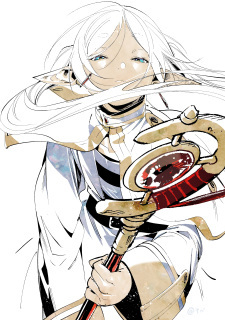 Hiya there AntwanMantilla! Hope you're having a wonderful day!
Below is the link to your Ecchi Squad Cards! A fine addition to your collection!
If you have any questions about the order, please contact me!

Have you been watching anything recently? I haven't for like 6 months 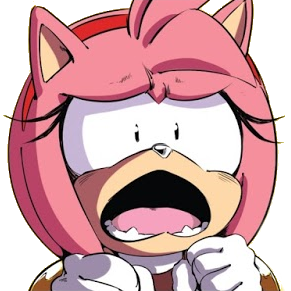 Chikosei Aug 20, 2018 4:12 AM
if monogatari is your drug does that mean drugs are monogatari HMMMMMM?

isuzusan Jul 8, 2018 9:11 AM
I completely understand where you're coming from, but I guess I'm one of those people who loved the show despite its flaws. Honestly, it did take me a couple episodes to start fully enjoying it, but once I did, I was very much invested. I enjoyed the chemistry between Zero Two and Hiro, despite knowing that both would end up "dying" by the end. I also really enjoyed the relationship between Mitsuru and Kokoro. It did kinda come out of nowhere, but the appeal was too much for me to resist. The last episode made me especially happy for them, their first child, Ai, was so cute.

The only letdowns for me were the appearance of VIRM, because that did feel extremely sudden and honestly made the last couple episodes confusing, and the "Ichigo" moment that happened after Zero Two went psycho on most of squad 13. VIRM's appearance reminded me so much of the end of Kill la Kill, and how much the ending of that was just completely random and out of place. And well, Ichigo's outburst onto Hiro just felt extremely forced by the writers to try to give her some more "character development", which certainly was not needed for her.

For me, I enjoyed FranXX so much but I do hope they just leave it at that, and don't try to make a second season where VIRM makes a reappearance. They've used all possible and decent storylines, they don't need to magically make more to dig for more money. I can understand the points you made though because it's all true, I was just a sucker for the story I suppose haha.

isuzusan Jul 1, 2018 8:39 AM
I did a little research and she will be in the Alicization arc, but she won't be a main character like she was in GGO. I think she'll be more of a recurring supporting character like in the Mother's Rosario arc with Yuuki.
All Comments