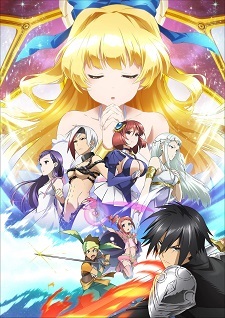 The official Twitter account of Shinchou Yuusha: Kono Yuusha ga Ore Tueee Kuse ni Shinchou Sugiru (Cautious Hero: The Hero is Overpowered But Overly Cautious) announced on Tuesday that episode 10 will be postponed until December 18 for production convenience. The episode was originally scheduled to air on December 11. A recap of episodes 1–6 will air in its place.

The 12-episode TV anime directed by Masayuki Sakoi at White Fox adapts Light Tuchihi and Saori Toyota's fantasy comedy light novel of the same name. The anime premiered on October 2, with episode nine airing on December 4. Funimation and Hulu are simulcasting the series in North America.

So many episodes are being postponed... not just this one.

That sucks, was really looking forward to this tbh. Show's been getting better with each episode.

It’s a real pity, “cautious” indeed some might say xD, as I was really starting to like this show. Welp, hopefully we’ll get more of the good stuff from next episode onwards!

I wonder if the 12th episode will actually air on Jan. 1.