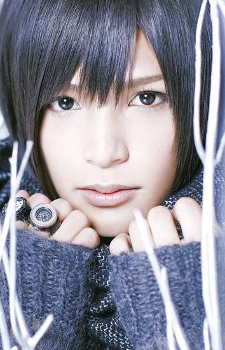 Singer Piko announced on Twitter that he will be taking a hiatus to recover from end-stage kidney failure. Symptoms of the condition appeared in March, where Piko started to feel unwell and has been hospitalized since June. After sessions of dialysis and with the condition still being unstable, the singer is hoping for a successful kidney transplant so that he may continue his career in the future.

His appearance at the "Gero Live 2019: Reiwa Rampage Tour" on October 13 has been cancelled, along with a performance with the Nico Nico Douga singer Pokota on November 4.

Piko began his career as an indie singer in 2007 by uploading vocaloid song covers on Nico Nico Douga. He released his first single "Thanatos" in 2009 before he was signed up with Sony Music Entertainment's sub-label Ki/oon Records in 2010. His second single "Wasurenagusa" was the ending theme song of Studio Pierrot's Tegamibachi Reverse.

is it just me or his face literally looks like a FF character?

or perhaps a random jrpg?

Poor sod. Kidney failure. That means he is on dialysis and will need new kidneys. I hope they will find a donor for him soon.

I'm not familiar with his work, but I wish him all the best.

Glad to be reminded of him and never knew that he was involved in those songs, but a shame to see he’s going through a hard time. I hope that he recovers well.

Hope he recovers and gets well soon ^_^

hope he's alright. Please back when you're ready.

Damn, I was just thinking about him for the first time in years. Hope everything goes alright

Piko is such a sweet person and has a beautiful voice. I found out about him through Vocaloid and he's never failed to amaze. I hope he is able to recover and that the transplant goes well.

Piko was one of the first utaites I got introduced to and fell in love with his voice. My heart sank reading about his current condition. Please stay strong, I wish you a full recovery.

Thought that was a girls voice but he's like the original Aoi Shouta before Shouta started getting big years later.

Now, where do I find a guy who wears their hair like that in North America?

Hope he gets well, that actually sounds really serious.