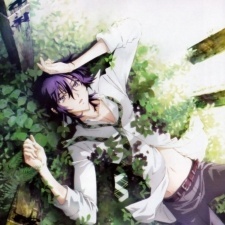 Seiya Nov 4, 2019 9:39 AM
I decided to drop "Actors," because I wasn't enjoying it at all. There's no real story/direction to it, and the characters are really annoying.

I'll continue to watch it for now, and hopefully it'll get better.

Seiya Oct 14, 2019 8:07 AM
"Actors" doesn't seem to have much in terms of music going on. It doesn't even appear to have a storyline. It seems to have more to do with curry than music.

I'll definitely give Starmyu a shot.

I also dropped "Ensemble Stars" after the first episode. It just wasn't for me.

Moune-Chan Mar 27, 2019 6:25 PM
My favorite from Starmyu is Kuga :3 I like Otori a lot too, I wonder if he will appear in the 3rd season. We got some news about the new season, and I'm more excited! The cast for the news characters is awesome and can't wait to hear their song. Same for Gaku! I mostly prefer male character who are mature but sometime I can love a character without reason. Yeah same!

Seiya Feb 23, 2019 3:47 PM
He certainly looks interesting. I definitely would like to see him in the anime.

If the television adaptation of Ten Count isn't too explicit, I'll definitely watch it when it comes out.

-Sonal- Feb 9, 2019 10:03 AM
Hakkenden was a definite surprise, what with the strong BL vibes in it. Heh. I love me some shoujo shows like Hakk. But I make with shows like Sanrio Danshi - cute guys doing cute stuff, even if it ain't gay.

The 1st ch of this manga https://www.mangaupdates.com/series.html?id=127946 has already been cleaned. TL will happen soon too, but I hope our Typesetter is free enough to do the job. If you know someone who's willing to TS, lemme know.

-Sonal- Feb 8, 2019 3:05 AM
One big reason for me turning to manga is bc of a lack of good BL in anime. Or BL in general. And how basically everything revolves around school children. It's a pet peeve of mine.
If you like bromances, try this one https://myanimelist.net/anime/9941/Tiger___Bunny You've not watched it, and I think you'll enjoy a bromance between two legit adults.

Thank you! I can keep you in the loop for Toumei ni Kuchiduke, if you wish. Or you can join our server and be notified of releases immediately?

And to ans your Q, I did apply to that position, and several times too over the past one year. Which is why it's frustrating to see the manga DB mods not only not doing their work, nor letting competent new volunteers do what DB mods are supposed to do. Spoke to several other people, and it was the same with them - no response to their applications. And honestly, I don't think I'd have time for that position now. I'm the owner of my own BL manga scanlation group + a proofer for Guodong subs, and all of this takes up a lot of my free time, which I could have used to update the manga DB, if the mods had given two fucks about hiring new recruits.
All Comments