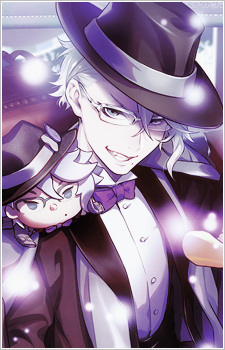 CrimsonCW May 6, 10:59 AM
VVV He copy and pastes this exact same message, only changing the name to literally everyone.

Who actually falls for this?

Teekee May 1, 9:01 AM
AAAAAAAAAHHH A friend sent me a link to a clear fansub of the movie just now O_O
I also finished my feasibility study earlier today, so I'm free for now. I'll prepare my heart myself and watch it tomorrow >_<

Welp I was a bit too early then LOL

Yeah I got it haha. Who are those two quincy btw? Hahaha I feel like that's so Shunsui to spook you on your pulls XD
I can relate to that "last pull" lmao. Still, you end up getting them so congrats!

Teekee Apr 24, 7:15 AM
Oh my God I'm so jealous >_< I could only wait for fansubs or hope it will be on Netflix just like its series but I doubt it orz
Haha same, I don't think I'm prepared to see that scene again ;;
You're probably watching it now as I send this reply LOL so enjoy the movie!!!

Araberu Apr 23, 6:13 PM
heyy moune! just a random passerbyer dropping by to say thank you very much for the birthday cards in sos! i love them! c: how did you know i liked zero two

Teekee Apr 17, 11:52 PM
Haha I just based it on his looks and voiceline XD
Oho he might eventually become part of your favorites too fufu :3c

Ahhh.. we're under community quarantine again due to increasing number of cases here, so I've only been to school once since the semester started ;; Our graduation will also be online.. welp can't really do anything about it better be safe than risk getting infected.

Oho I see, that happens to me sometimes on other games too xD I see you still have your priorities straight even with limited resource of crystals :3c Eehh I thought you already have that Jun card ;;
I checked the game recently just to see what's for April fools this year.. I didn't expect a Gundam spoof hahaha XD

I usually listen/watch music or streams while working or doing my feasibility study but it doesn't go well when I tried watching anime... I always end up just watching hahaha So I only watch when I'm totally free ^^; Maeno has a pretty distinct voice imo and is in a LOT of anime/games so I guess that makes it easier to remember XD Hehe aside from the seiyuus and songs, they're also a fun bunch that's why I like them x)
Ahh Alchemist.. them showing on the last part was a huge tease >_< since I played the old game I already figured out their story arc wouldn't make it in anime. And yeah, I always think these anime adaptations are pretty much like a promotion to games and stuff but if they're gonna announce a season 2 then that would be really nice (｡>◡<｡)

Haha the visuals is indeed good x) Oooooh wow the entire volume O_O are they physical manga or digital? :O
I forgot it's already airing this month LOL I might wait till it finishes so I can binge watch it like the first season >_<

and I was not disappointed XD

Aaaahhh.. gotta blame thank the visual novel for my profile (｡ﾉω＼｡) I recently watched Camus route playthrough and then I feel like making at least a simple profile haha. I thinking of changing it soon though xP
Honestly I don't know anything about Visual Prison. I just saw Shimazaki Nobunaga retweeted it and I'm like: heck why not/ XD well damn, I just saw Furukawa Makoto is in there too ✧w✧

-shoyo- Apr 6, 3:08 AM
If you're not busy then that would be great! thankyou a lot^^ whenever you're free we could discuss the contents if you'd like! :D

Teekee Apr 2, 7:17 AM
HOLY- Σ(OДO ) I checked the twitter right away lmao. he looks like an antagonist of some sort haha
Oooh I see they better not change it
Thank you so much for the info! (｡>◡<｡) 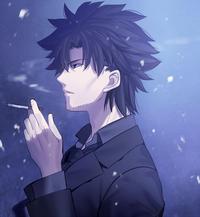