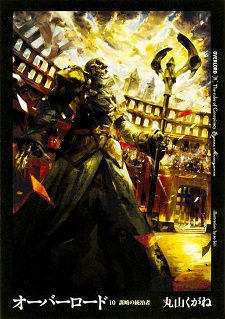 Next week should have KyouHora's volume 23 around the 5th place I suppose?~

There seems to be a battle between KyouHora and Netoge for what should be 4th and 5th place (behind Accel World, HaMaou and Overlord). Netoge is ahead in POS, and on Tsutaya and Bunkyodo, whereas KyouHora is ahead on Amazon.

Seishun Buta Yarou is too weak nowadays to beat KyouHora and nothing else is likely to pose a threat at all.
So you can partially follow that much even before oricon's results ? interesting. Yes, that's the titles I supposed would be passing KyouHora as well.

Next week should have KyouHora's volume 23 around the 5th place I suppose?~

There seems to be a battle between KyouHora and Netoge for what should be 4th and 5th place (behind Accel World, HaMaou and Overlord). Netoge is ahead in POS, and on Tsutaya and Bunkyodo, whereas KyouHora is ahead on Amazon.

Seishun Buta Yarou is too weak nowadays to beat KyouHora and nothing else is likely to pose a threat at all.

Damn, Karin wo idaita shoujo's last volume didn't even made it, once again. Cut off was high (5,323) but that's still sad.

Nanasawa Matari's works are soooo underrated.
Next week should have KyouHora's volume 23 around the 5th place I suppose?~ And the next one will have Sword Oratoria's volume 6.

Note: this is for the week covered in this thread. The following week's rankings were uploaded at the same time, and will be posted in the thread for this when it is posted on Wednesday or Thursday.

Oh Thanks, for showing me :D

Mad House, makes quality anime but does not make second season even if the Original Series is Doing well, like an Anime Studio for manga or light novel advertisement.

Anyway there's so many Light Novels like "Alice in the Wonderland" or the "World of Oz" where the characters goes to Fantasy World that are topping the Sales. And I'm still waiting for "Kumo Desu Ga Nani Ka" to get a Light novel Adaptation.

MADHOUSE S2 GET ON THAT SHIT!

The fantasy world genre really is blowing up these last few years.

Glad to see Re:Zero still having some strong sales, really surprised on how well vol.1 is still selling.

Re zero has yet to reach a milestone number.

correction: has yet to be announced as reaching a milestone number.

In February Konosuba had reached 1.5m(they counted the 3 manga volumes) it should probably reach 2M with volume 9?

Kadokawa has yet to announce whether or not Re zero has reached a milestone number.

EDIT - look a perfect example underneath me... of a useless reply from a smartass...

kuuderes_shadow said:
Ahoy_NATO said:
Holy damn Overlord sales. Honestly if LN translations were more frequent I'd probably buy it, but I'm already invested into reading DanMachi, and holy crap do I hate the time between volumes released in America.

For both series they are/are expected to be more frequent on average than the volume releases in Japan for said series.

That makes me sad and also makes sense thinking about it now. Unfortunately, they just passed the DanMachi anime with the latest volume and Overlord just started being adapted so we'll see how fast it comes out before I make my decision to buy or not.

Overlord taking the top spot is good to see. Guess I'll go pick up a copy of Yen Press's translation.

Meanwhile, all of the other (with the exception of DanMachi) LNs in the top ten are all horribly generic and not worth looking at.

Re:Zero not quite at KonoSuba levels (still? yet?). KonoSuba still hangin in there.

It's a slow burner which can be seen in terms of popularity, BD/DVD sales and even in LN sales. It started out low but now keeps on rising and rising in almost every aspect ( BD sales are more or less exploding atm )

KonoSuba kinda came in like a wrecking ball ( no Miley pun intended ) while Re:Zero on the other side will probably be up there for a longer period of time ( 3 months < 6 1/2 months ).

I mean a comedy/parody is way easier to get into and it doesn't take long to hook you and make you buy more content; a psychological thriller with a huge and complex story like Re:Zero on the other side takes longer to address and convince more and more people.

So as long as it keeps up a consistent level, the longer period of active advertising through the anime will eventually cut even or even surpass the short but powerful boost KonoSuba got.

The other weekly top 10 light novel series list from Oricon:

Re:Zero not quite at KonoSuba levels (still? yet?). KonoSuba still hangin in there.

I was sad not to see Kasukabe Takeru's new series "Overcomer!! Baka to Cheat wa Kamihitoe" (Kadokawa Sneaker Bunko) ranked as v1 came out on the 31st, by the author of NouCome. I know it came out as I got my copy. I love his style of writing dialogue, good stuff but I hope it ranks some time when the top 20 isn't full of old volumes of Re:Zero, Overlord, KonoSuba...

I swear Overlord has some of the best LN covers, so artistic looking.

Holy damn these Overlord sales. I'm currently catching up and I can say absolutely deserved!


Sales for Re:Zero seemed to have increased again. I think this will be the last boost for the first 3 volumes before we jump to the third arc and 4-8 get higher.

HAHA i knew overlord would sell that good...it is a very good series.. i really recommend reading it as it gets even better where the anime left off. :)