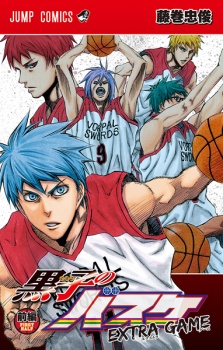 A scan from the fifth issue of Shounen Jump NEXT! magazine has announced that the sequel manga Kuroko no Basket: Extra Game will reach its conclusion in the next issue, to be released on December 28.

The manga, which is a sequel to Kuroko no Basket, is written and illustrated by Tadatoshi Fujimaki. It was serialized in Shounen Jump NEXT! magazine in December 2014 and was slated to run for one year. The sequel was originally announced in the same magazine, following the end of the original series. There are currently six chapters published, with the first four chapters making up the first volume that was released on September 4.

@Mayuka: Hope it will be Extra game, I want to see that hot American guy XD

Yaoi-sensei said:
mayukachan said:
Probably not gonna read it until the movie comes out ><

I'm pretty certain the movie will animate the Extra Game xD
Either that, or it'll be filler.

Yaoi-sensei said:
mayukachan said:
Probably not gonna read it until the movie comes out ><

It got announced at some festival relating to Kuroko no Basket, according to the synopsis.

I for one am not even sure if this is real to be honest.

http://myanimelist.net/anime/31658/Kuroko_no_Basket_Movie (Here is the approved page on MAL)

mayukachan said:
Probably not gonna read it until the movie comes out ><

I expected at least 20 or 30, but that would have taken too long. xD

I only read the first chapter.

I don't read Kuroko, but dang, that was fast.

A shame it's ending though. But the premise is predestined for a short story.

just wait for the movie to come out

I knew it was going to be short but not this short ! It's ending and Kuroko has yet to do anything . Maybe Fujimaki is just being lazy and letting the animation studio spice up the match and fill in the blanks.

give me some of Murasakibara's VORPAL SWORD 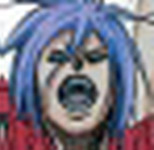 Well the title says Extra Game, tho. Can't wait for the movie to come out.

So short. Maybe a possible sequel to the manga

Well it's an extra after all, of course it wouldn't be long.

i`m gonna read this manga once it ends.

it's ending to make way for a sequel manga

Well they weren't lying with that title then.
It was in fact just 1 extra game.

Kuroko has worked really well for Fujimaki but it's time to move on, the spin-off is starting to recycle itself.

Let's hope the movie is an adaptation of this.


ios said:
what? its ending? in another news it said climax only lol http://myanimelist.net/forum/?topicid=1438211
damn, we dd not even see Kuroko showcase his power and he is suppose to be the main character

In japanese, the word "climax" written in katakana is used when something is going to end.